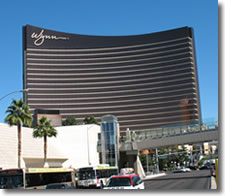 (Las Vegas, Nevada) — The Professional Numismatists Guild (PNG) will conduct its second "PNG Dealer’s Deal" show in Las Vegas, Nevada on Tuesday and Wednesday, August 18 and 19, 2009.  The show again will be held at Wynn Las Vegas hotel and casino on "The Strip."

"Our first ‘Dealer’s Deal’ last December was very well received," said Gary Adkins, PNG President.  "It was a low key event without the hustle and bustle, commotion and distractions you encounter at a big convention, so people were able to conduct business in a very personal, unrushed manner."

"There will be both PNG and non-PNG dealers attending the show," explained Robert Brueggeman, PNG Executive Director.  "A limited number of collector-guests will be personally invited by participating dealers, and the show will be open to members of the general public who want to attend."

For additional information about the Professional Numismatists Guild and the PNG Dealer’s Deal shows, call (760) 728-1300 or e-mail at info@PNGdealers.com.  Online: www.PNGdealers.com.