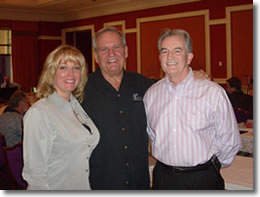 "This was exactly the kind of small, primarily dealer-to-dealer show we anticipated.  It gave PNG members an opportunity to casually conduct business with each other, with some invited non-PNG dealers and some members of the public without the frequent distractions of the typical coin show," said Robert Brueggeman, PNG Executive Director.

"I spoke with most of the dealers in attendance, and everyone was very positive about the business they were able to do and they enjoyed the venue.  Everyone I spoke to said they were anxious to attend the next event.  All in all, it was a successful two days," said Gary Adkins, PNG President. 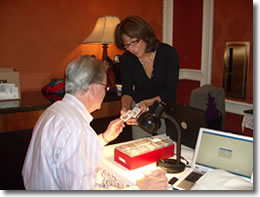 "Based on the success of this new concept for us, we’re looking at possible dates to conduct at least two more PNG Dealer’s Deal shows in 2009.  We’ll also be actively encouraging participation by other dealers who have an interest in becoming a PNG member and would like a chance to meet and do business with PNG members," Adkins explained.

For additional information about the Professional Numismatists Guild, call (760) 728-1300, e-mail info@PNGdealers.com, or visit online at www.PNGdealers.com.