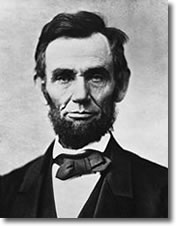 The Bureau of Engraving and Printing (BEP) announced on Monday that it is offering the 2009 Intaglio Print Subscription Program entitled "Lincoln Bicentennial Series."

According to the BEP, this year’s Intaglio Print Program is:

The prints will be released on five separate days and coincide with the following BEP exhibition events:

The subscription program price is $85, a savings of $15 compared to individual purchases. The program ensures collectors will receive all the Lincoln commemorative prints as long as a subscription is completed by January 31, 2009.

To order a subscription, visit the BEP website page:

The United States Mint will also celebrate Lincoln’s birth by circulating four new Lincoln Cent Designs in 2009 and up to 500,000 commemorative silver dollars for collectors.