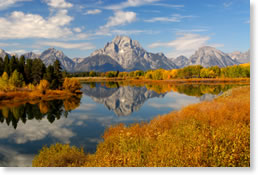 Legislation for circulated, uncirculated, proof and silver dollar coins commemorating national parks and sites flew through the House of Representatives in five weeks and ended with a unanimous "yes" vote July 9.

The House has been ablaze with coin talk this year, handling nearly 20 coin bills. Is their coin fervor resulting from the will/desires of people? And, will it carry over to the slower Senate?

For America’s Beautiful National Parks Quarter Dollar Coin Act at least, it would appear so.

When the national park quarter legislation (H.R. 6184) was introduced in the House on June 4, 2008, the Senate didn’t wait for it to pass the House like it could have. Instead, Senator John Barrasso [R-WY] introduced an identical version of the bill (S. 3214) on June 26.

It’s not completely uncharacteristic to introduce similar bills in both houses and so close together, but it does hint at something stronger in play.

The day after H.R. 6184 passed the House, Senator Barrasso released a statement saying,

"…I believe these coins will increase awareness and promote efforts to preserve America’s national treasures for generations to come.

Millions of people experience the pristine wilderness and rugged beauty of areas like Yellowstone National Park, the Grand Tetons, and Devil’s Tower National Monument every year…

As of May of 2008, the Treasury Department received over $3.5 billion in extra revenue based on the popularity of the 50 States Quarter Program."

Certainly, Barrasso has extra reason to be happy because Wyoming has the nation’s first national park and his state would launch the new quarters series. It’s the points in his statement, however, which dominates the reason the legislation is so likely to pass.

There are, of course, no guarantees the bill becomes law. However, while some collectors dislike the idea of another new quarter series, their disdain hasn’t been similarly voiced by members of congress.

To date, only the positive aspects of the bill seem to be in force. Throw in public park awareness, a mention that the 50 States Quarters® Program made around $3.5 billion, and estimates of the park and sites quarters potentially making nearly $1 billion in tens years… With those figures alone, even if not exact, controversial aspects are substantially reduced for politicians and most of the public. Some people may be disappointed, but they won’t get "mad" if this bill passes.

Will Senators say no to the bill because a segment of the coin collecting community feels a new series of yearly changing quarters is tiring, or that too many coin programs are already on the table?

The positive reaction to U.S. Mint ceremonial releases for past commemorative state coins would alone suggest not. The public likes their states in the spotlight, and the ceremonies have indeed highlighted a coin’s historical design significance.

Coin news organizations will tell you their most read articles are those containing photos/images of new coin designs. Those articles bring in new readers because they’re interesting to anyone — not just dedicated coin collectors. They also help draw more people to collect coins.

If you have children, would they take more interest in saving identical looking coins or coins each with a different design? Which is more likely to start them into the coin collecting hobby for life? Why?

Which choice can potentially grow the coin collecting community? Which has the potential to create more positive news for collecting and coins?

In the end, each Senator can either say yes to coins that commemorate significant national parks and sites, or they may vote no and return the quarter back to its original pre-50 state quarter design, keeping it unchanged for years and years.

How can they vote no or do nothing?

Okay… they have shown particular aptitude for the latter. But its not in their interests in this instance, and perhaps for good reasons.

I actually would get mad. I enumerate these reasons in my latest blog posting but it is time for a real Renaissance in coin design, not just gimmicks for cheap headlines.

Tom, I read your excellent points on your post, Coin News Asks Some Good Questions. I agree with many of them! When it comes to U.S. circulating coinage, I think many collectors think "I wish there was something better…" In truth, I paid only glancing attention to state quarters for most of their years. My collecting interests (and career) were elsewhere. This last year of the 50 state quarters program I have found the most refreshing, but only because I’ve taken the time to dig in. I learned why each state selected their coin designs and what they meant. I… Read more »

Thanks Mike for your excellent counterpoints. I certainly see their validity! My comments had been based on an ideal situation of having a new design on the quarter at the conclusion of the Territorial Quarter Dollar Program. But I must admit that if it comes down to this new program or just the Washington quarter pre-1999, I’d choose the new program. I’ve really enjoyed the state quarters and five times a year for he past 9.5 years I’ve gotten these philatelic/numismatic boards for each state which has been a great way to enjoy them. When the bill passed the House… Read more »