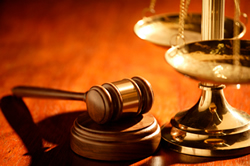 A lawsuit was filed Jan. 10, 2008 against eBay, the American Numismatic Association (ANA) and the Professional Numismatists Guild (PNG) for defamation and unfair and deceptive trade practices.

" … in excess of $75,000.00, exclusive of costs, interest and attorney’s fees and for temporary and permanent injunction relief …"

At the root of the suit, eBay’s policy change limiting the listing of coins as certified

eBay’s policy page on selling currency sets out the requirements in listing coins or paper money. Key aspects outlined on the page are prohibiting counterfeit sales and providing full disclosure on anything that could affect a listing’s value. This policy and elements surrounding an update and announcement to it were driving forces in the lawsuit.

In Sept. 2007, eBay updated their policy for selling coins. eBay limited the listing of coins as certified to those coins that had been graded by these, and only these, selected grading companies:

The plaintiffs complaints in the suit are directed toward claimed construction mechanisms of eBay’s udpated policy, the way it was stated and the ANA press release announcing eBay’s policy change. They claim actions essentially branded their graded coins as "counterfeit" and/or their companies as dealing in counterfeit items. In specific regards to the ANA press release, the plaintiffs say they:

“… have been injured in their respective abilities to carry out their professions, trades, and occupations and have been exposed to distrust, hatred, contempt and ridicule … As a direct and proximate result of said defamatory conduct, Plaintiff have lost considerable income and profits and their goodwill has suffered immensely …"

The lawsuit seeks a trial by jury in federal court.

For precise legal information, the entirety of the filed lawsuit may be read here:

Whenever th slab is opened by a fingernail or a coin so easily as are so many by SEGS and GCGS, one must question the grade of the coin inside. Is it possible that a coin graded MS-70 or PR-70 inside a slab that when dropped is exposed to the elements or worse falls out of the protective capsule completely, that the coin can be considered “perfect. I say no! The slab must be sealed, securely -period! There can be no questions. Anytime there is a question, the confidence in the company which grades the coin comes into question. I… Read more »

In Response to Mr. Rob Barry’s post. SEGS capsules are the most difficult to open in the entire industry. You need a hammer and an anvil or a drill. You must be thinking of SGS, Star grading service, located in Ohio. They have “bubble gum” type capsules and a gold seal at the top of each capsule. If you opened a SEGS capsule with your fingernail then it was never sealed. You are absolutely correct the “seal” is of the utmost importance. The act of having your coin graded and encapsulated is nullified if the coin is not secured… a… Read more »

On the PCGS.com message board, this 1909-S Lincoln is the subject of “guess the grade” http://i265.photobucket.com/albums/ii225/arizonajack/1909sp009copy.jpg The vast majority of members guessed slider AU55/AU58. It was revealed by the owner to have been graded MS63 red/brown by PCGS. OBVIOUS very light wear…dullness in the open fields, color difference on the high points..all of the diagnostics of “how to tell the difference between slider and true Mint State” as taught at the ANA grading summer seminar. But it meets the philosophy of “market grading.” Flashy, a better date, slight rub, but “the market dictates an Uncirculated price, not an AU price”… Read more »

Coin Dealers Sue eBay In Antitrust Class Action Class Action 2008/09/03 08:55 eBay conspired with the American Numismatic Association and the Professional Numismatists Guild to exclude small coin dealers and grading services from the Internet coin market, four plaintiffs say in a class action antitrust complaint in Federal Court. Universal Grading Service claims the defendants, including Barry Struppler & Co., conspired “to obstruct the ability of the smaller coin grading services to participate in the coin marketplace on eBay.” Led by the Professional Numismatists Guild, the defendants did this by forming an “‘Internet rules committee’ made up of coin industry… Read more »

i would just like to say that one coin dealer on ebay is just there to rip you off i have got coins from him in cases and the case would say unc.1944d whatever and it would not be the rigth coin in that slab

Ebay used to be the place to confidently buy and sell certified rare coins, at least until the last 2 years. Even with new Ebay guidelines that banned unreliable grading services that went in effect earlier this year, there are more crooks and fraudulent coins on Ebay than ever. It’s a shame to say this, because for years I bought and sold hundreds of certified coins with no problems. when I did get ripped off for $5,000 in October, 2007 Ebay was absolutely no help in either banning the the Ebay user before he defrauded more people or in helping… Read more »

At the age of 8, that was 61 years ago, I bought, and sorted out better coins, from rolls of coins from the banks. Over the years I built up a coin inventory and eventually a business. Through handling a coin I know more about it than looking it. Today I am an E-bay power seller,[ralpht.foster] and have a solid five figure volume each month. After E-bay fees most my coins are sold near melt value. One thing I know for sure–when a coin is put in a plastic holder–regardless of by whom–I will always doubt its authenticity. A true… Read more »