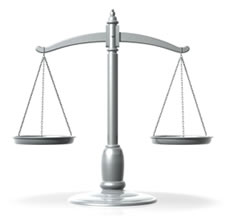 Armen R. Vartian, the attorney for Steven L. Contursi and Donald H. Kagin, has filed a Motion to Dismiss a lawsuit filed against them by William Swoger who seeks damages in the amount of $465,000 over a Brasher Doubloon.

Swoger’s lawsuit claims he is owed money for information he provided Contursi and Kagin that would increase the value of the legendary American gold coin owned by the pair.

Struck in 1787 by Ephraim Brasher, a New York City silversmith and goldsmith, the Brasher Doubloons are "among the rarest and most desirable of all United States coins," according to CoinFacts.com. Seven are known to exist. One is most unique, featuring the "EB" countermark punched over the shield on the eagle’s breast instead of atop the eagle’s wings as in the other six coins.

It is this exceptionally rare coin and its pedigree that is a focal point for the lawsuit. The coin had a value of some $15 at the time of issue. Contursi and Kagin purchased it for $2.99 million during the Heritage Auction Galleries Gold Rush Collection auction on Jan. 12, 2005. In today’s market, its value is likely much, much more.

In an article entitled Understanding Brasher’s Doubloons for The Brasher Bulletin, David McCarthy describes the coin:

The Brasher Punch-on-Breast Doubloon is the first gold coin of a distinctly American design to be denominated in dollars and struck to the standard that would be adopted for all U.S. gold coins. It is the first truly American gold coin, and is the forbear of all gold coins struck by the United States.

No other U.S. Colonial or Federal coin can lay claim to such historical significance, placing Brasher’s first New York-style Doubloon in a class by itself. The history surrounding its origins, its distinction as the product of the first issuer of private gold coins in America and its status as the first gold coin depicting specific American themes make the Brasher Punch-on-Breast Doubloon the single most important coin in the canon of American numismatics.

Swoger, however, contends the coin is not the first in the series, but instead the last — making it even more valuable. In a Los Angeles Times newspaper story entitled Colonial-era coin at the center of lawsuit, writer Dana Parsons quotes Richard Herman, a Newport Beach attorney who is representing Swoger, as saying:

"They [Kagin and Contursi] knew it was very valuable, very rare. But they thought it was the first one and not the last one. Turns out that makes all the difference in the world. One’s a Colonial coin made by a jeweler, and it’s a very nice coin, but the other is the first coin made for circulation under a law of the United States. That’s heavy-duty."

It is this information and provided details for which Swoger’s lawsuit claims he was owed an agreed upon fee — an asked for $500,000 which was allegedly countered down to $250,000. According to the lawsuit, after disclosing the information Swoger received a gold coin worth $35,000, with an expectation for a contract and more money to follow, which never did.

Contursi and Kagin dispute claims within the suit. Their attorney, Armen R. Vartian, has also filed a Request for Judicial Notice asking the Court to enter into evidence the aforementioned Los Angeles Times article claiming it "includes statements by Plaintiff regarding the events underlying this lawsuit and which are inconsistent with some allegations in the Complaint."

Defendants’ reasonable request to know what information Plaintiff was offering before purchasing it cannot create a legal obligation to pay for that information regardless of its value, and cannot form the basis for a fraud claim."

Vartian is asking the Court to dismiss the Complaint without leave to amend it.