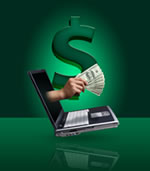 eBay’s trying to step up efforts to stymie fraudulent numismatic listings and the selling of counterfeit coins.

Last week they implemented an updated policy for how certified coins could be listed in online auctions. What’s changed?

In writing, not much. The policy guidelines aren’t exactly long. However, the changes they detail are significant.

In order to list a certified coin on eBay, you must now have that coin certified by one of only four certification companies:

Most coin collectors recognize the names of these companies and know what they do. In summary, each is essentially known for appraising the condition of coins, giving them a grade and then encapsulating them in tamper resistant holders.

The coin holders, many times called slabs, not only help in protecting the coin but they also identify its name, condition by grade and other "guaranteed" coin characteristics.

It’s these standardization factors that offer many buyers increased confidence when buying coins from a distance. If you know the grading service and trust their experts when it comes to certifying coins by grade, you can worry less about getting burned by a bad deal from someone you don’t know.

It’s important to recognize the eBay policy changes for what they are. Minimally, it’s hard to argue that they’re not a starting step forward – although the lesser known certification services aren’t likely happy… you’d like to see guidelines as to what the requirements are to be an authorized coin grading company on eBay.

Illegitimate grading claims for certified coins should indeed go down in the eBay marketplace. Sellers who used virtual "made up" grading services won’t be able to pass their coins off as easily in the higher grades that command higher premiums. And, thereby, ripoff the buyer.

After some regrouping, you can guarantee those who bend or break laws will continue to strive forward in their attempts.

Just as there are those who have counterfeited coins for profit, you can guarantee there will be those who will do their best to "counterfeit" the certification services selected by eBay’s.

Or, steal images from other sources, use them as their own to indicate the coin has been certified properly and then sell them.

eBay’s new policy update shouldn’t forego your own common sense principles when buying any coin. And just because they’ve selected several coin grading companies, it doesn’t mean others out there aren’t exceptional in their offerings or that new ones won’t emerge.

It’s worthwhile to note that eBay has worked with the American Numismatic Association (ANA), the largest nonprofit society in the world for numismatists. In that collaboration, they’ve provided some insights for eBay.

In regards to the policy update itself, ANA’s President, Barry Stuper, said:

“The ANA supports this effort to improve consumer protection for people buying and selling coins on eBay. Although the ANA is not responsible for this policy, we support any effort to reduce the potential for fraud and to help safeguard the coin-collecting hobby.”

You can learn about the ANA’s collaboration with eBay by reading their recent press release.

For further details about the eBay changes, you can visit eBay’s policy page.

Enforcement of the new policy will begin October 1st.