Coin & Numismatic News Copper is the New Gold, Rich in Value and Sought After by... 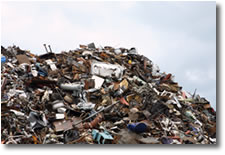 Copper used to be the problem step-child of metals. It was either not thought about or considered in a negative context, like the mental picture of paying for the repair of copper piping underneath the sink.

For some, copper has turned to gold. And better, it wasn’t purchased first – it just found its way onto some junk pile in the garage or back yard and it magically turned into money.

Today, if you have a pile of it sitting around, you can gather it up and make some decent bucks at $2.92 per pound. Even better, a scrap metal entrepreneur is likely to ask and do the work for you just to get a percentage of the return.

The penny proves the value of copper

Although the price of copper has declined from previous high points of the year, it still brings in a tidy some.

Similar to the CoinNews Silver Content Calculator, COINflation.com has Melt Value Calculators. These extend further with additional coin denominations and base metals. If nothing’s more telling than the value of copper, it’s using COINflation’s Base Metal Coin Value Calculator and finding out $10 dollars in 1982 Lincoln Cents has a melt value of $19.00.

Few are likely to spark up the firing furnace to melt pennies (especially since in could land you in jail). However, good things have a habit of attracting the unsavory-minded. If you have copper, a thief may be eying it. Worse, a thief may be willing to risk loss of limb or life in getting copper that’s still in use. There are many incredible reports of such incidents.

Aside from the financial impact of repairing what thieves break, there’s the human element of life itself. Interestingly, today Ameren Illinois Utilities released a statement warning about the dangers of copper theft. Ameren states:

Ameren also provided a list of defenses against theft, which is now taken much more seriously in Illinois. As an example of that, a new state law there goes into affect January 1 that requires scrap metal processors to record anyone who has sold more $100 worth of metal.

I love to use your site. Thank you so much for all of the detail and information. I do have a question that I really hope you can help me find. A few monhs ago I found a coin calculator that not only would tell you the current price of say silver. They would also tell you the current price of copper. A prime example are the 1965 to 1970 Kennedy 1/2s. This calculator would tell you the value of the silver then the value of the copper then add up the values. Now I never have found this but… Read more »