The finest set of Lincoln Cents ever assembled is set to go under the hammer in a series of auctions by GreatCollections in early 2023.

The core 150 coin set includes all coins issued from 1909 to 1958 with different mint marks and all of the major varieties. Known as "Red Copper", the collection formed by Stewart Blay has won almost all of the top Registry Set awards for Lincoln Cents for the past 20 years.

The collection is graded by Professional Coin Grading S ervice (PCGS) and every coin from 1909 to 1934 has CAC approval, as well as most later dates and all Doubled Dies.

For 1919, the example is the only wheat cent ever graded PCGS MS-69 RD CAC. The coin is pristine, as if it was specially minted and handled only with gloves since it left the coin press at the U.S. Mint in Philadelphia. It is a miracle any Lincoln Cent exists in this condition.

The Doubled Dies also includes the single finest 1969-S Doubled Die, graded PCGS MS-66 RD CAC. Those three are considered the key to the Doubled Die series, and each are valued at over $100,000 each.

The owner, Stewart Blay, painstakingly purchased each coin one at a time by attending coin shows around the country and hunting down the best of the best.

"I am not even sure a single page press release about Stewart’s collection even touches the surface to explain the importance of his coins. I expect spirited bidding across the board, from not just Lincoln collectors, but also from those interested in major rarities, such as the 1958 Doubled Die and even type collectors for the 1919 graded MS-69 RD CAC," said Ian Russell, president of GreatCollections.

Russell continued "even those not graded numerically as the finest, the coins have amazing eye appeal and appear conservatively graded. Stewart has been considered the expert in this series for decades and quality was his priority when acquiring coins for his set."

John Albanese, president of CAC said, "The well-known collector who put this together over the decades studied the quality of each coin very carefully, and showed patience in waiting for the very best of each date to appear on the market – in some cases, this meant waiting years for the right coin. It is likely we will not see another Lincoln Cent collection of this caliber in the future."

Bidding on the Red Copper Collection will start at $1, as all coins are being sold unreserved over three weeks of auctions at GreatCollections, with bidding to end on January 15th, January 22nd and January 29th.

Aside from being on view at the December PCGS Members Only Show Las Vegas and January FUN Show, the Red Copper Collection is available to view at the Irvine, California headquarters of GreatCollections by appointment. To view high quality images and register to bid visit www.greatcollections.com or call 1-800-442-6467.

Plus side: Great for Lincoln Cent fanciers who want to amplify their collection.
Down side: Unlikely a collection of this stature will ever be assembled again.

It’s pretty hard to find a nice 1909 cent in one’s change nowadays. I believe the oldest I’ve found is a 1920-S and it’s not in uncirculated condition.

Well, it could be Before Clinton or After Donald. It’s more likely it’s Before Coolidge though.

Good one, Antonio. By the way, I had neglected to update that to the modernly used B.C.E. (Before Common Era) and C.E. (Common Era).

I’m still laughing about those gems, Antonio. Put my mind into action; best I could come up with is Before Cassettes or After Discs.

Now I need my brain mapped as that sequence has given me a migraine.

But you’re still with us, that’s important.

That is truly kind of you, and to be here is a great happiness.

For purposes of history, I’d want the Lincoln cent with the grade that matches the caliber of bullet booth used. Or an error that has a punch through on his head. What? Too soon? Same for a Kennedy.

“Aside from that, Mrs. Lincoln, what did you think of the show?”

Oh drat Mrs Lincoln, it seems this show has literally blown your husband’s mind to the point, Mr Booth is exiting stage left and has pulled an Elvis and left the building. Unfortunately he left before he could sign my copy of the playbill. The Missus will be heartbroken. A stroke of genius.
Do you by chance have a pen? I’ll scribble it myself, and hope she never has it graded by NGC.

Since dinner theater is such a big thing in Florida, perhaps the play “Our American Cousin” can also be brought to Mar a Lago.

Thank you for this break down. Now everything less than an XF-40 is helpful for the older, worn, coins.

Especially those from before Coolidge.

Could be a Schrodinger’s Cent…the VDB is only there as long as you don’t look for it.

Sounds to me like a case of extra-cerebral mirroring of vestigial unreality. 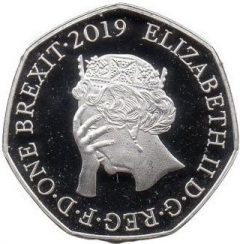 Talk about an error! 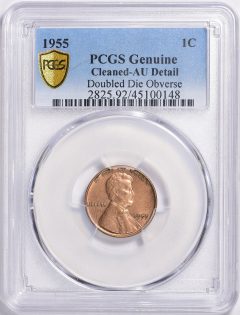 Oh yes sir, that is what one might call an error after the fact. Yikes!

If it’s anything like schrodingers cat, put it in a box and it can be any coin or grade you want. Just make sure if you sell it claiming it’s a 10, to ensure all sales final, no returns, sold as is

And above all, never opened!

I found a plastic Lincoln Cent last month clearing a wooded lot. I thought I found the Motherload of a US Mint trial. After further research, it was from a Currency X-Change kit for kids. 98% plastic with 2% dirt!

Or more fantastically, samples of coinage from the distant future left by a time traveler.

I have yet to come across any U.S. polymer currency. I may yet live to see the day.

Perhaps the Paper Lobby is emulating the Zinc Lobby in striving to keep our tattered dollar bills in production much as our useless cents.

I have one of those as well, without the dirt.

As it has been said, cleanliness is next to godliness, so your coin is blessed. 🙂