Precious metals fell on Friday, driving gold, silver and palladium into weekly losses and padding platinum’s drop from a week ago as well as setting its price to a more than one-month low.

Falling for the first time in four sessions, gold for December delivery on Friday lost $21.60, or 1.2%, to settle at $1,749.80 an ounce on the Comex division of the New York Mercantile Exchange.

"Equities and metals are suffering from Powell’s unvarnished reminder that rates will need to be high for longer and that perhaps 75 bps is the default for September unless the totality of the data suggests otherwise," Reuters quoted Tai Wong, a senior trader at Heraeus Precious Metals in New York.

"Along with rate expectations, Kitco’s weekly gold survey results revealed that Wall Street is split evenly on gold prices next week. Out of 16 analysts who participated, six (38%) see gold prices either higher or lower next week. Four analysts (25%) were neutral on gold in the near term.

However, retail investors remain bullish on the precious metal. This week 561 votes were cast on online surveys. 53% of respondents projected higher prices, 27% called for a move lower, and 20% were neutral, according to the survey."

Both remained divided on the year so far with platinum 11.5% lower and palladium 11% higher.

Published United States Mint bullion sales were unchanged this week. Below is a sales breakdown of U.S. Mint bullion products with columns listing the number of coins sold during varying periods.

This could be the “No new is good news but unfortunately we’ve got some for you” column.

The second word in the quote above is clearly “news” rather than “new”. Brain fart.

Sir Kaiser, speaking of news, I read my “Dear Valued Customer” letter from the Director, United States Mint, and one sentence that stuck out was, “We are happy to announce that this will include the relaunch of a vibrant and annual Morgan and Peace Dollar Program in 2023.” Key word: annual.

Good Sir Rich, thanks for reminding me of that; now I realize what text-induced subconscious aversion must have urged me to discard that letter.

Each to his own, of course, but I can’t align myself with the intent to continually mint a couple of incongruently resurrected classic coins which have already had at least their adequate, i.e. fair share of a historical heyday.

Or, maybe that virtually automatic exclusionist stance is just another aspect of being an old fuddy-duddy who finds it hard to accept change of any kind.

Kudos for shining the spotlight on the Mint’s economic bottom line, likely the single uncontestable factor driving the Mint’s decision-making as to what it produces for the coin buying public.

It is certainly nice to hear that my $108 dollar investment (I bought two sets) just multiplied almost six fold to $599.98!

Thanks for the unexpected good news, Major D. 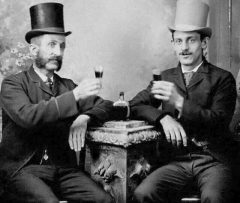 That, I believe, Major D, is a very pertinent determination of an extremely essential issue, one which I just coincidentally also happen to have been giving a lot of thought to of late. Even a rather cursory perusal of the results of various major auctions around the world will demonstrate that there have been a great number of non-precious i.e. base metal coins which have fetched quite considerable prices on a regular basis.

I was not aware of the fact that those two coins contained any silver at all, Good Sir Rich, and most especially not to the extent of fully 90%. Many thanks for alerting me to this.

The quantity of numismatic knowledge that has been finding its way into these threads of late is extraordinary. Thank you, Major D, for yet another significant contribution to our treasure trove of coin wisdom.

I would venture to say that’s only very slightly off-topic since it clearly relates to the matter of the Three Roll AWQ Sets we were just now discussing.

Thanks for yet another interesting numismatic tidbit, Major D!

Those are some very interesting figures and even more illuminating comparisons, Major D; many thanks for taking all the time and effort to post that list.

This is why we as coin enthusiasts are cautioned not to think of our collections as a retirement fund; we would be left rather seriously wanting if that was our intent.