Proceeds from the auction of this unparalleled assemblage, which begins in the fall, will benefit Dallas nonprofits working with children, homeless people, the hungry and more.

Heritage Auctions announced Wednesday that it has been selected to offer one of the most revered and valuable rare-coin collections in numismatics history: The Harry Bass Core Collection. The historic assemblage of some of the rarest U.S. gold coins and die patterns is estimated to be worth more than $60 million, and proceeds from its sale will benefit the dozens of Dallas-based nonprofits supported by the Harry W. Bass Jr. Foundation with a particular emphasis on early childhood education and literacy in Dallas.

The collection, which the late Dallas oilman and philanthropist Harry W. Bass Jr. began assembling in the 1960s, has been on display at the American Numismatic Association’s Edward C. Rochette Money Museum in Colorado Springs, Colo., since October 2000. Earlier this year, the foundation’s trustees voted to sell the collection, which contains some 450 U.S. gold coins dating to the late 1700s, to increase its annual giving – from $2 million to at least $5 million each year, depending on the once-in-a-lifetime auction’s final results.

"We’ve had to say no to so many deserving groups, and with the sale of this collection, we can now expand our funding and reach a lot more people," says F. David Calhoun, executive director of the Harry W. Bass Jr. Foundation. "The pandemic has exposed how much need there is. It has been a very trying and challenging time for the nonprofit sector, especially in education, and it has magnified many times the needs of the underserved populations of Dallas."

In April, the foundation announced it would be removing its assemblage, which includes the only complete $3 gold coin collection, from the ANA museum and deaccessioning it to increase its philanthropic efforts in Dallas. The board of trustees hired Professional Coin Grading Service co-founder and numismatics expert John Dannreuther to manage the collection’s sale, including selecting an auction house and third-party graders.

Heritage Auctions, founded in 1976 by Steve Ivy and Jim Halperin, was among several internationally renowned auction houses vying for the collection. Heritage was awarded the assemblage in early July and will offer The Harry Bass Core Collection in a series of auctions over the next year, beginning in the fall.

All the coins in the Bass Collection have been unavailable for decades; indeed, many trace their lineage to the heralded auction of Louis E. Eliasberg Sr.’s gold coin collection in 1982. All are uncertified or ungraded. Heritage will now request proposals from Professional Coin Grading Service, Numismatic Guaranty Company and Certified Acceptance Corporation to handle the grading and assist with marketing this world-renowned collection.

"We worked very hard to present a creative and enticing proposal to the Bass Foundation’s trustees and are grateful and honored to have been selected, especially since the sale proceeds will stay here in Heritage’s hometown," Imhof says. "For many decades, the foundation and its trustees have been remarkable stewards and custodians of this incredible collection. And their generosity has benefitted untold thousands."

Since the 1990s, the Harry W. Bass Jr. Foundation has supported qualified 501(c)(3) organizations throughout Dallas, primarily focusing on youth and education.

Among its more than four dozen recipients, the foundation counts Frazier Revitalization in South Dallas, Head Start of Greater Dallas, Boys & Girls Clubs of Greater Dallas, the Momentous Institute, Bachman Lake Together in Northwest Dallas and Readers 2 Leaders in West Dallas. But the foundation also helps feed the hungry through such nonprofits as Crossroads Community Services (which provides nutritional assistance for at-risk children in Dallas County), and it supports Austin Street Center‘s work with Dallas’ unsheltered.

A complete list of the foundation’s grant recipients can be found here.

"The pandemic was a giant paradigm shift regarding our outlook on the future," Calhoun says. "There is just so much need. In 2020 we diverted more than half of the annual funding to food-oriented organizations — and they used every cent of it. Late that year, we started discussing deaccessioning the collection, and we made the decision this year. It was a slow process, but ultimately, we asked ourselves: How many more organizations can we fund? How many more lives can we positively impact? And that’s exciting to think about."

Says Heritage Auctions President Greg Rohan, "This was a complex and competitive situation, and we’re extraordinarily proud of the work Todd did in helping us make sure the Bass Collection remained in Harry’s hometown. Of course, our real work is just beginning, and our team is excited about what’s to come."

Imagine if they would have gone forward with that Half Union. That’s one hefty coin. My two cents here. 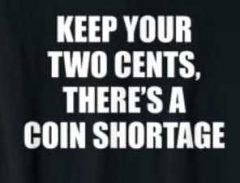 Notice how this Donald Trump – Phony – “Grifter” Society gives itself credit for helping the Homeless prior to any act of help. In fact, they will give each other tax breaks via their own non-profit entities which will result in a profit via tax avoidance.

It should be a crime to exploit the homeless for profit! Famous quotes by ME. 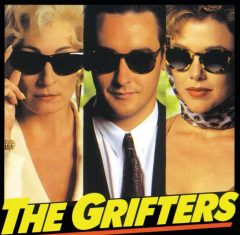 They’re RICH, it’s what they do, they don’t know better, they were born with silver spoons in their mouths.

Congrats First-On-Thread it’s always a big deal when the House “Big Deal” takes the Award. Thus, a fitting award is in big order.

I had no idea. The link in the article will take you to the website with his coins. Never knew there was this design for the 1804 silver dollar. What could have been. I suppose the government just decided to retire the coin. 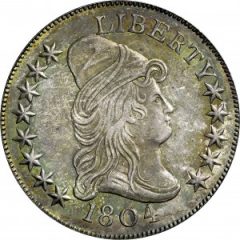 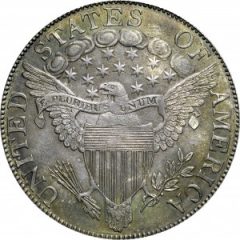 Sorry, my mistake:
This is actually a Mint Restrike of the 1804 eagle, most likely struck in the mid-1830s. At the time, Government officials desired to prepare presentation sets of United States coinage for foreign heads of state. The famous King of Siam Proof Set is an example, containing 1834 Proof coinage along with an 1804-dated silver dollar and eagle. This pattern eagle, struck in silver, was probably struck at the same time as the gold examples for the Proof set. Only four examples are known in silver and four examples in gold.

Those links can be tricky 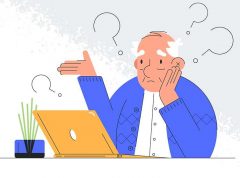 Spokesman for The Bass Collection 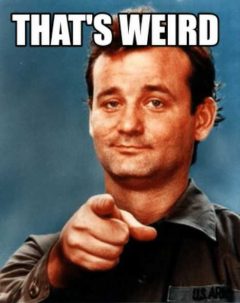 But a fun weird. Kinda like Pet Rock, Rubik’s Cube and Beanie Babies.

Weird thing is I actually had this one when I was a kid and it was very disappointing when I realized those were not M&M’s or Raisins https://www.youtube.com/watch?v=UShiwymsX0w&t=2s 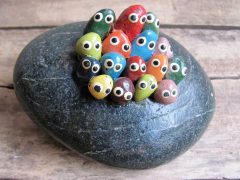 Strange numbers coming out of the US Mint https://www.youtube.com/watch?v=v_h2vc-9os8

I have never watched “Stranger Things” I am currently stopping watching WestWorld because it has gotten so extremely stupid.