Gold advanced for the first time in five sessions on Friday, but just by a smidgen. Prices for silver and platinum were also little changed. All three metals declined on the week. Gold’s and silver’s weekly losses were their second in a row while platinum extended its weekly declines to three straight. Palladium, meanwhile, notched a solid daily increase, padding its weekly gain.

"This week 15 Wall Street analysts participated in Kitco News’ gold survey. Among the participants, six analysts, or 26%, were on gold bullish in the near term. At the same time, six analysts, or 32%, were bearish on gold and nine analysts, or 42%, were neutral on gold next week.

Both are lower on the year so far with losses of 6.5% for platinum and 3% for palladium.

Published U.S. Mint bullion sales were unchanged for a second week in a row.

Does anybody care about this really? Is it news silver prices are stuck at $21? Is it going to stop or entice anyone to buy or sell? This has absolutely zero to do with anyone buying or selling coins IMO– coin prices are so out of whack with spot that they’re not even in the same universe anymore. 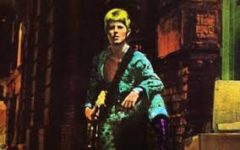 Ha! Guilty as charged. I forgot to take my protein pills and put my helmet on…..

Hey Kaiser, I was just letting off some steam. Do I want to be constantly reminded that silver is in the toilet and always will be? Not really. For those that have stacks of gold, palladium, and platinum in portfolios and/or NFTs and care about the pulsating fluctuations because it matters in day trading on a supercomputer- I’m sure the exchanges all have a millisecond-by-millisecond feed that will allow you to sell and convert your funds into bitcoins or soybean futures or whatever. I thought this was a CoinNews site- not a StackerNews site. And lastly, why are there bullion… Read more »

But I buy silver because it’s more affordable. If I sell them 10 years from now, I may see a small profit. But I like them because, they’re shiny. 🙂

Especially considering the overhead. That’s especially true between silver and gold, but platinum and palladium as well. Too expensive and the return not that great.

Thanks for the tip Major D, I’ll check it oot.

My first time ordering from the Canadian Mint, so I’m curious as to how it goes. Used a credit card that doesn’t charge an exchange fee (as far as I know). The current exchange rate favors us right now, as its 78 cents US = $1 Canada. They do not charge for shipping to the US, if order is over $100 Canadian- but they do charge a tax unlike US Mint. All in all, I think the final cost per troy oz is lower than for US Mint.

Hi Major D, I ordered from them only 1 time in 2015. A 5 coin Great Lakes set that was sent to me one coin at a time over a period of months, maybe as much as a year. I had no problems, and I really like the set. I predict you will also have no problems. I think I saw the article about the Great Lakes set on this site. They are the only colorized coins I own (not a big fan of colorized coins in general, but I liked that these coins were topographical so the blue color… Read more »