Who among us hasn’t dreamed of recovering sunken treasure? Read one story about exploring uncharted waters and recovering the treasures hidden below, and the idea inevitably comes to mind.

Imagine how life would change …

For some, the notion of recovering sunken treasure is brief and fleeting; for others, it can become an all-encompassing passion that lasts a lifetime.

Bidders in Heritage Auctions’ Central States US Coins Signature® Auction May 4-9 can make that dream a reality when two gold ingots, thought to be lost forever with the 1857 sinking of the S.S. Central America, are offered.

Three days after leaving Panama, the ship encountered a Category 2 hurricane; crew and passengers battled the storm for two days. When the skies cleared, the vessel remained afloat, but had endured significant damage. It took on massive amounts of water, flooding the hull, wetting the coal, shutting down the steam engines and sealing the fate of the ship … along with the fate of 425 lives and the ship’s glimmering cargo, which included an estimated $1.2 million in gold.

So significant was the loss of the S.S. Central America that news of its sinking deepened the Financial Panic of 1857, a recession that financially crippled the nation through the start of the Civil War.

More than a century later, in 1988, the recovery of the gold was organized by ocean engineer Tommy Thompson, whose crew spent the next four summers recovering roughly two tons of the lost gold. (In 2014, a different recovery team retrieved an additional 3,100 gold coins.) Included in the first haul: a spectacular Justh & Hunter Gold Ingot, weighing in at 464.65 ounces. Also included in the first recovery effort was a Henry Hentsch Gold Ingot that tips the scale at 238.84 ounces.

Both will be offered in Heritage Auctions’ Central States sale.

"The Justh & Hunter is one of just 87 ingots recovered, and the Hentsch ingot is one of just 33 retrieved during two separate recovery efforts. These are beautiful gold bars, but the desire and the value far exceed just the gold used to make them," Heritage Auctions Chief Numismatics Cataloger Mark Van Winkle said.

There were five assayers represented on the S.S. Central America. The recovery of several hundred gold ingots and several thousand gold coins is an unprecedented event in U.S. numismatics — items have been recovered from other ships over the last 30 years, but none was as significant as that retrieved from the S.S. Central America, an effort that was particularly important to numismatics and to the study of the California Gold Rush.

The firm of Justh & Hunter opened an office in Marysville, California, because of the town’s proximity to the gold fields. Marysville is just 41 miles from Sacramento and the American River, a hotspot that included the main digging grounds for prospectors during the Gold Rush. San Francisco was more than twice as far — 87 miles, to be exact. Given the difficulty of traveling uneven roads in the 1850s, the distance to each was not an insignificant detail.

Only 27 ingots were recovered from the Marysville branch of Justh & Hunter — the spectacular example offered in this sale is the largest.

The Justh & Hunter ingot is a magnificent specimen, with bright yellow-gold surfaces, as would be expected or an ingot of .912 fineness. Identifying Marysville imprints — NO.9521 / a pair of J&H hallmarks / .464.65 OZS. 912 FINE / $8759.90 — appear on the top. In addition, as is common on Marysville ingots, two corners from which assay chips were cut feature small J&H stamps.

The collectibility of the Hentsch ingot rivals that of the Justh & Hunter. The ingot offered here is the second-largest Hentsch ingot known from a total of only 33 Hentsch ingots from both recoveries.

"Thousands of ingots from various assayers were poured in the 1850s, but they were melted more than 150 years ago," Van Winkle said. "The only examples that were not melted were those that went down on the S.S. Central America, making the bars in this auction something of a time capsule. This is an extraordinary opportunity for the winning bidders."

Images and information about all lots in the sale can be found at HA.com/1344.

Note on current online dealer sales of the newly released Purple Heart Colorized Silver Dollar and the Negro Leagues Privy Proof Silver Dollar: The Colorized Purple Heart US Mint OGP/COA sold out by Mint at price = $95 is selling for $149. But what is even more interesting is it is being described as a Colorized Proof coin, whereas the Mint Specifications for the coin states Finish: Colorized (not proof or colorized proof). Furthermore, graded labeling shows PCGS PR-69/70 DCAM and NGC PF-69/70 UCAM. Did the Mint provide Proof Purple Heart Silver Dollars to their contractor to apply the colorization?… Read more »

First On Thread = Congrats Rich, I have been grappling with this scenario too and here is how I broke it down. “W” usually indicates “Proof” thus creating some confusion. As you stated, nowhere does the Mint describe it as “Proof” The Mint clearly states that this is part of the “Commemorative” Coin Program which should clear up everything. However, the secondary market is referring to this “Commemorative Coin” as “Bullion” and “Proof” and of course the dealer shenanigans “Proof Like” scenario is being thrown into the mix also. Sadly, Feebay whom once and correctly shunned the “Proof Like” category… Read more » 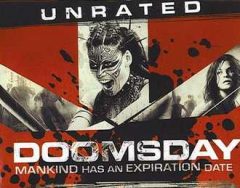 SENZA, good point, all three of the commemorative Purple Heart silver dollars (the Colorized, the Proof, and the Uncirculated) have the W mint mark. It sure is a hairy Ball of Confusion! 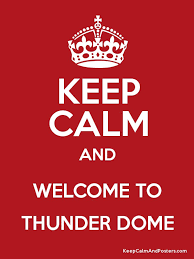 Are they being sold for $149/$129 or is that what they’re asking? I wouldn’t waste $95 for the mint offer and sure as hell wouldn’t waste more on the secondary market. The only coins I’m interested in for the rest of the year are the ASE’s and I’m on the Enrollment for each one.

I just turned down an offer of $229.00 for one of these because I’m running low on stock and I know someone will pay more – the FOMO on this one is still building 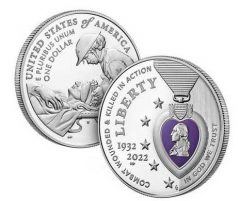 I guess I could see someone who actually received a Purple Heart Medal in battle might want one of these, but at $229 I’d say they’ve already shed enough blood. But if you’re selling them at those prices, good for you.

Rich taught me everything oh and I plead the 5th Dimension

Larry, the ungraded in original government packaging (OGP) Colorized Purple Heart Silver Dollar is being sold for $149 (credit card purchase price) by major online dealer (Mint original price = $95).
The ungraded in OGP Negro Leagues Privy Proof Silver Dollar is being sold for $125 (Mint original price = $85).
Glad you got your enrollments all set up for the three ASEs, the surest way of acquiring them this year at the lowest price possible.

You are so correct about the enrollment program for the ASE’s. It will be interesting to see if they don’t just sell out through the enrollments. I know that sounds insane, but as they say “we’re living in some strange times!”

Amen to that Brother.Did you get your pre-ship email yet? 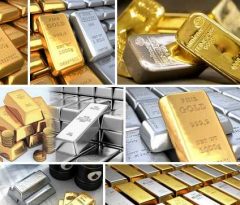 Just received a email from the Mint indicating they are getting ready to ship my 2022 Proof ASE’s.

I know the ASE’s enrollment program is sold out, but does that mean no other ASE’s will be minted? Like you, I don’t trust or believe anything that originates from a government entity. By the way, if you’re also on the enrollment program I’m sure you will get the email. I was surprised to get mine so early since they don’t go on sale (if they have any left?) until the 14th.

Thanks for the heads-up I just got it – it’s like they go from one extreme to another – so I wonder if this means we are going to get our coins before April 14th. 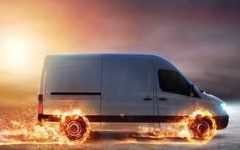 Larry, thanks for mentioning the email you just received from the Mint. It prompted me to check my email account, and sure enough I also received my email notification from the Mint telling me “We’re getting ready to ship your enrollment order!”

Ever wonder if that Trillion dollar coin was really minted – rumor has it sleepy Joe offered it up to the Pope and in exchange the Pope is expected to bring Joes son back from the other side. On the Hot Mic the Pope is reported to saying “I’ll do it for free if that moron will just shut up about it.

the whole trillion-dollar coin idea is actually a semi-serious proposal that has been popping up for many years now as a ‘trick’ to deal with the national debt. as we all know the mint literally ‘makes money’ on seignorage on dimes and quarters as they cost less to make than their face value. the mint is restricted in what denominations it makes except for platinum coins which can be in any denomination. although it would technically work, it is of course inflationary because although it is backed by actual precious metal, it doesn’t really count if it the coin’s face… Read more »

Wasn’t he the guy who signed the Federal Reserve Act of 1913 and then said, “I am a most unhappy man. I have unwittingly ruined my country.”

Wilson finished his presidency ineffectively as an invalid from a cerebral hemorrhage so he had a lot in common with Biden. 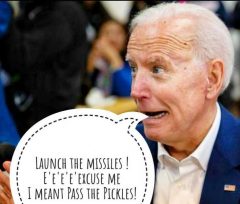 There was an individual in serious need of a political mentor. As I’ve said before, I loved his policies, hated his antics in front of the camera. I have no idea who’s going to run in 2024, but if Trump can’t change his persona, he should just stay in Florida. There’s someone else in Florida who could do a ‘beautiful’, I mean good job of leading this country.

I wondered where Hunter was…

I’m sure he was at his favorite place in the whole world. https://www.youtube.com/watch?v=Z1S0Bvz3NHo

Can’t say I’ve been to that one ; added to Bucket List 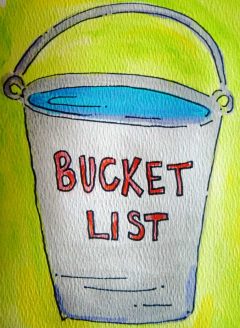 He was banging his head Rich, https://www.youtube.com/watch?v=QqX34_0mhmE 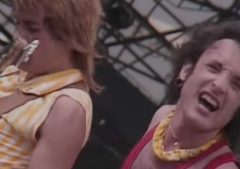 Good grief…a trillion dollar coin? My heads spinning with all the $$ these ‘leaders’ are spending. Biden’s recent budget proposal is for $5.8 trillion. A photon of light travels just under 300,000 miles/second. In the course of a light- year that translates to roughly 6 trillion miles. So our government is basically spending money at the speed of light!

Exactly Larry, THEY are so good managing OUR money it’s scary

Remember when Obama/Biden/Elon Musk were going to attach a Space X Craft to Asteroids in outer space and extract Gold to pay off the entire fake deficit?

They promised a return of a “Quintillion” as long as they could print the cash in advance of their mission – I think it all disappeared up Hunter’s nose. 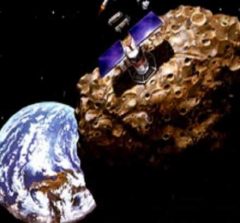 Is a Quintillion more than a Brazilian?

It all depends on whether your Brazilian is a Civilian or a Crocodilian and feel free to use my chart https://www.youtube.com/watch?v=75r0nQu-hMs 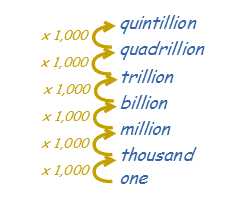 Is it inhabited by Girls 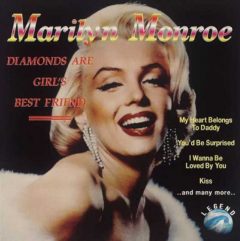 Do people really think a light year is a measure of ‘time?’ Is that more Hollywood on the brain. Don’t tell me they get that from Star Trek…I love that show! Beam me up,Scotty.

And they’re not even as smart as a 5th Grader! 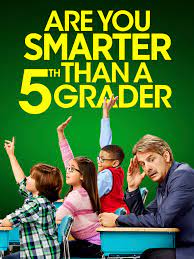 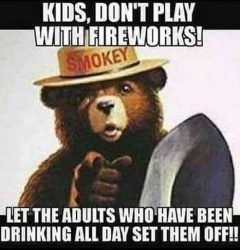