Australian bullion sales in January jumped from a month earlier, according to the latest figures from The Perth Mint of Australia. Noteworthy, the Mint’s silver sales soared to the second highest monthly level on record.

The Mint’s bullion gains were set against falling precious metals with LBMA prices in January down 1.4% for gold and off 2.6% for silver.

"Both releases are globally popular and contributed heavily to an especially pleasing month, which also reflected a build-up of demand during the Christmas and New Year period at the end of 2021."

Below is a monthly summary of Perth Mint bullion sales from January 2021 to January 2022. The figures show monthly ounces of gold and silver shipped as minted products by The Perth Mint to wholesale and retail customers worldwide. It excludes sales of cast bars and other Group activities including sales of allocated/unallocated precious metal for storage by the Depository.

I’m the Perth one here – where is everybody 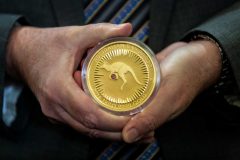 Silver bullion is a smart and easy way to invest your hard owned money. Instead of stocks and bonds, why not give these little beauties a try? If you are anything like me, I appreciate investing in things, such as silver bullion, that I can have as a hard asset. That way I KNOW where it is and I can get my hands on it whenever I choose. This helps me to feel a sort of security. http://www.GemCoCoins.com