Authorized under Public Law 116-247, the coins will be struck in collector qualities of proof and uncirculated and offered beginning Jan. 6 in gold, silver and clad options for a total of 6 unique versions.

Editor’s note: The U.S. Mint has since changed the release date of the commemorative coins to "To Be Determined." In addition, unique versions were increased to 7 with a colorized silver dollar option.

The obverse (heads) design features the Purple Heart medal with the inscriptions "LIBERTY," "IN GOD WE TRUST," "THE PURPLE HEART," "2022," and "A GRATEFUL NATION HONORS AND REMEMBERS."

The reverse (tails) design places George Washington’s signature under the Badge of Military Merit and over a textured stripe. Inscriptions are "UNITED STATES OF AMERICA," "1782," "BADGE OF MILITARY MERIT," "E PLURIBUS UNUM," and "FIVE DOLLARS."

The design features the Purple Heart medal with the inscriptions "COMBAT WOUNDED & KILLED IN ACTION," "LIBERTY," "1932," "2022," and "IN GOD WE TRUST." Five stars represent the branches of the military.

The design shows a nurse in a World War I helmet as she bandages a wounded service member on a stretcher. More than 23,000 women nurses served in the Army and Navy during the war. Inscriptions are "UNITED STATES of AMERICA," "E PLURIBUS UNUM," and "ONE DOLLAR."

The design shows a figure in military fatigues and combat boots using a pair of crutches. The left leg has been amputated from the thigh down. The negative space below shows the missing leg in silhouette. The Purple Heart medal appears behind the figure, and the inscription "ALL GAVE SOME" sits below the composition. The background field has a subtle flag motif. Additional inscriptions are "IN GOD WE TRUST," "LIBERTY," and "2022."

The design features a young boy holding the dress cap of an enlisted Marine. The silhouette of a Marine in dress blues stands behind him in negative space, emphasizing the loss that affects the families of Purple Heart recipients. The inscription "SOME GAVE ALL" is featured in the negative space around the boy in the lower half. The obverse’s background field flag motif is repeated. Additional inscriptions are "E PLURIBUS UNUM," "UNITED STATES OF AMERICA," and "HALF DOLLAR."

Surcharges and Other 2022 Commemorative Coin Program

Prices for the commemorative coins have yet to be published.

The authorizing law calls for added surcharges of $35 per gold coin, $10 for each silver dollar, and $5 per clad half-dollar. Provided the coins turn a profit, the collected surcharges are to be paid to the non-profit National Purple Heart Honor Mission to support its mission and for capital improvements to the National Purple Heart Hall of Honor facilities in New Windsor.

Current law provides for two U.S. Mint commemorative coin programs each year. The other 2022 program includes coins commemorating the 100th anniversary of the establishment of the Negro Leagues baseball.

I’ll be picking up the silver and clad versions. My grandfather was killed in action February 1945 in France. Nice way to add to our family’s files/history/tribute to him.

It is really nice to see someone posting positive thoughs on this site instead of all the negitive ones. God Bless you and all your family members. 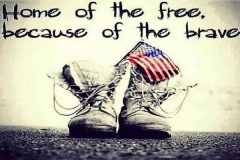 Thank you Lonnie. Some of the negative ones are tongue and cheek here 😉

I had mixed feelings about the US Mint profiting from this but I’m touched by the history and legacy of service we all share and are sharing here.

Thank you for your father’s service. Which division was he in?

My paternal grandfather was the Sargeant Major of the Military District of Washington. Fought in WWI too. Got off the boat in NY from Romania via France and they shipped him back over to France and fight. Needless to say he hated that.

Yes, Kaiser, this happens. Only know so much about my maternal grandfather’s war record is because he was killed in action so all the paperwork went to his widow instead of the service member bring discharged.

We learned a lot about paternal grandfather because Washington Star newspaper did a write-up on him in 1943 because he was the senior most enlisted man in the Military District of Washington. Upon his death we then were able to view his records.

I say than you Kaiser, they would probably just say “I was doing my job and did what I was told.” Or something like that. No one was special since everyone was involved in the war effort in their day.

In another topic I posted the US Mint linx to the artist renderings of both this Purple Heart and Negro League Baseball coins. (Those posts seem to be sitting in limbo – “awaiting approval” – for days, so it seems embedded linx may be a no-no??)
Of course these look quite flat / 2-D since they’re only drawings, but I quite like the designs overall.
The bank acct may be taking more of a hit next year, it seems.

Or can refer to the Mint’s website, as they have the mockups of how the coins will look. They still don’t show the obverse of the American Women quarters though.