Discovered by Gerald Medel of Lakeside Coins in San Diego, California, the coins were submitted to PCGS on his behalf by Ian Russell, president of GreatCollections Coin Auctions (www.GreatCollections.com) in Irvine, California.

PCGS has classified the coins as Unfinished Proofs, and some of the coins now are being offered at auction by GreatCollections.

"These discovery coins show how full of surprises our industry can be. While we eagerly await the details on how these coins came to be, the exciting discovery during a live Instagram auction highlights the adaptation of our hobby to social media and further underscores the rapid growth of the numismatic market over the past two years," said PCGS President Stephanie Sabin. "We are proud to see more groundbreaking coins find permanent homes in PCGS holders, and there is still plenty of time left in 2021 for more breaking news from PCGS."

"This is an impressive discovery in a day and age when the United States Mint strives for perfection. Errors on gold coins are always rare and attract significant interest. We are thankful to Gerald for entrusting us with the first coins he discovered," stated Russell.

GreatCollections is offering the first 10 error coins in auction without reserve. Bidding ends for five of the coins on Sunday, October 31, with bidding ending for the other five a week later on Sunday, November 7, 2021.

"It would appear that a W mint mark proof die was used in making some of the non-proof bullion coins that are sold through the Mint’s Authorized Purchaser program," said Russell. "Something similar happened in 1999, when $5 and $10 denomination American Eagle gold coins were also mistakenly struck with W mint marks. Those examples are highly sought after today."

The first 2021-W quarter-ounce American Eagle Unfinished Proof coin was discovered by Medel in late September when he was live on his Instagram account for Lakeside Coins (www.lakesidecoins.com) while opening a roll of 2021 quarter-ounce American Eagles with the new reverse design. He remained silent when he saw the mint mark and put that coin aside.

"All 40 coins in the roll had the West Point mint mark! The next day I began researching and over next three and a half weeks I located an additional 21 coins for a total of 61 while searching through thousands of coins," Medel recalled.

"I’ve known Ian since he launched GreatCollections in 2011, and I contacted him about submitting the coins to PCGS. I was so excited about the discovery, my wife and our three children accompanied me from San Diego to Irvine when I delivered the coins to Ian," Medel said.

The first 40 W mint mark coins found together in one roll are being labeled by PCGS as pedigreed to the "Discovery Roll."

Steve Feltner, PCGS director of numismatic education and grading team leader, recalled the surprise he felt when he saw the coins for the first time.

"When Ian Russell and PCGS President Stephanie Sabin showed me a few groups of raw gold coins, Ian first handed me a standard business strike 2021 Type 2 quarter-ounce American Gold Eagle and then one in proof. I was wondering where this was going since these two coins are extremely common. I immediately started thinking that the reason for the visit could be a cool repeating ‘struck through’ error or even a newly discovered ‘mule.’ My mind was racing," said Feltner.

"Then Ian handed me another business strike and gave a knowing smile. My eyes automatically caught the W mint mark and knew he was onto something. After a few seconds of processing, we began to discuss the discovery; a group of American Gold Eagles struck using unfinished proof dies!"

Professional Coin Grading Service (PCGS) is a third-party coin and banknote grading company that was launched in 1986. Over 35 years, PCGS has examined and certified more than 47 million U.S. and world coins, medals, and tokens with a combined value of over $46 billion. For more information about PCGS products and services, including how to submit your coins for authentication and grading, please visit www.PCGS.com or call PCGS Customer Service at (800) 447-8848.

Sorry Rich, but we peon coin collectors are once again Shut Out. The privilege of discovering these error coins belongs only to ‘Authorized Purchasers.’
Note from the above article:
“It would appear that a W mint mark proof die was used in making some of the non-proof bullion coins that are sold through the Mint’s Authorized Purchaser program.” 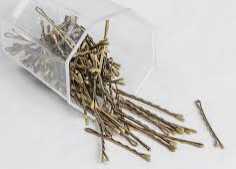 Research projects that went badly! Lol.
Curious George get a perm! Lol.
I’m shocked that I’m still alive after this hole in the wall research project! Lol.
And – the last picture is after he says “mom, can I have a drink of water?” LMAO.

“Bidding ends for five of the coins on Sunday, October 31” Bet the price people are willing to pay for these error coins are SPOOKY! ———————————————————————————————– Around ten years ago, Provident Metals issued a series of coins called, ‘Zombucks,’ which depicted ghastly corpse-like renditions of classic US coins. They were minted in both Silver and Copper. The ‘Morgue-Annes’ had as error in that some of the Silver coins were stamped with the copper coin dies, and it reads, ‘Copper’ on the coin. These were selling for around $400 on flea-bay. Something to Google when you’re bored. I keep saying I’d… Read more »

This is nothing more than the corrupt graders playing their same old game: CREATE FAKE SCARCITY and of course the World never would have know about this if it had not been for the Graders NOT. Let’s look at this from the desk of Sherlock Holmes where the first question pondered is; How-in-the-hell and what are the odds that PCGS came up with 61 of these……………………. Now the Geometry – IF: the Sheeple don’t wake up soon THEN: there won’t be anything left for the scammers to scam. Which of course, is why they are creating new and amusing scams… Read more » 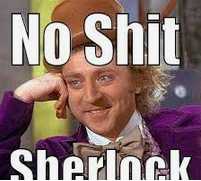 Once again, the mint’s quality assurance comes through. I received a coin with a “hair” or piece of fiber on it in its sealed case. I still have an uncirculated W dime with a finger print on the obverse. Will wonders never cease? An unfinished proof W $10 cold eagle. How many faux pas were released to the public this time?

SENZA, and so the story goes in the 1999 case: West Point mighty minter mistakenly picks up and uses the wrong dies (Oops!), and the unfinished proof die 1/10 oz ($5) and 1/4 oz ($10) AGE bullion coins are unknowingly packed up and distributed through the network of Authorized Purchasers. This time some folks did something (Oops!… I Did It Again) and the coins unwittingly landed in Cali and handed to PCGS with a knowing smile (such luck).

You “Coined” it again Kaiser – This is Top-Down Fraud on a huge scale – planned right down to paying off the employee producing these coins at the Mint and so bold of all the PCGS flunkies putting their names out here = arrogance and criminality have few boundaries these days. Kinda makes me wonder what they are putting in our food but certainly doesn’t make we wonder why sleepy Joe would scrap Free Tuition for Americans while offering it with Federal Money to 650,000 illegals who apparently are here by “no fault of their own” and it’s all “better… Read more » 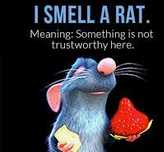 The 1999-W Unfinished Proof Die Gold Eagles (PCGS, 2012). In 1999, the U.S. Mint made a drastic mistake by producing the first Mint State $5 and $10 Gold Eagles bearing a “W” mint mark. In 1999, only Proof Gold Eagles were intended to bear the “W” mint mark. This mistake has left us with a lot of puzzling unanswered questions about the production and existence of the 1999-W $5 and $10 Mint State coins. Sometime early in the year 2000, some of the first 1999-W Mint State Gold Eagles were discovered. The Mint did not provide any clues or give… Read more »

Kaiser and Rich, All so true – I just hope the Mighty Minters explain this to that next generation of Child Coin Collector’s the US Mint is trying to attract. In other News; my Morgan (D) Mints are out for delivery so I should have them by Monday = New Normal.

I now have all of my Morgans only waiting on the Peace Dollars – Is this a coin Blog? I just went back thru my coins to make sure Ryder didn’t scribble any W’s where they don’t belong…………

Are you saying he might get a free trip to Cuba!!?? Such a deal! Lol.

SENZA is more like a Fly on the Wall. 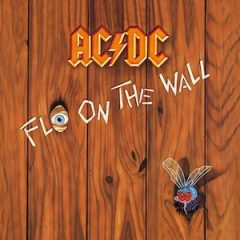 Right On Bro it’s all fun and games until it’s time for:
For your listening enjoyment https://www.youtube.com/watch?v=FCxLK9r7f4c

Sir Kaiser, the 60s, 70s and 80s was the Rock of Ages. So many great bands and good times. Long live the golden age of rock and roll. Long Live the Loud!﻿

I have most of my concert ticket stubs from the 70s. The 60s and 70s are the GOAT for sure. I just wish I remembered most of them. (Nature’s Weed and all) Some people say it sucks being old , but it sure was fun getting here. Some of us old rockers must of turned out to be OK. I mean look at some of us here now as numismatist.

Kaiser and Rich, Did you say Canned Heat? I really like this one and I hope you will too – Headphones Recommended….https://www.youtube.com/watch?v=tRYKAMjKgto 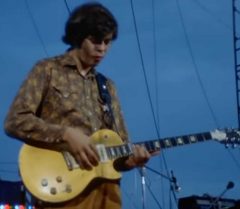 But the Kaiser Tin Foil keeps me under the radar

But! But! I don’t want to work……… can they really do that Kaiser? 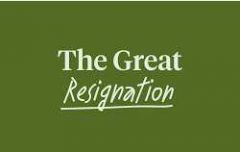 And for that I Salute You Sir Kaiser……………https://www.youtube.com/watch?v=RtMGoU9NcMo 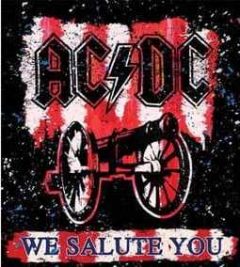 I was surprised when reading that during the making of Highway to Hell the band was in Florida and struggling to raise air fare to return down under. That Hells Bells was as much about the economic conditions Brian Johnson was facing as an unemployed 30 something in his home country before joining the Band, as well those other things. And the band now openly admits Bon’s demise was at the hands of drug dealers although only because he was visiting lady friends in a bad part of town. As a child I did not see him in concert as… Read more »

Hells Bells, SENZA! I kinda figured you a Problem Child

Definitely…………..Darn I ran out of candy so I started handing out the Halloween Mountain Dew (Voo Doo Dew) now my yard is full of little Zombies demanding more caffeine. Happy Halloween Collectors.