A collector’s pick of world and ancient coins among the nearly 1,000 lots on offer may see contemporary Chinese coins ready to grow in market share at this spring’s Hong Kong International Numismatic Fair official auctions.

The coin show itself has been rescheduled for December, due to occasional COVID-19 surges occurring worldwide. However, Heritage Auctions is holding its coin and currency auctions as scheduled June 25-27.

Among the stellar selection of early 20th century coins, condition is king this season.

The finest graded specimen of a Chinese "Standard Pattern" Kwangtung Dollar, circa 1890-1908, SP67 PCGS, preserved in such splendid originality, that it is the single-finest graded at PCGS by two points. With the added appeal of being formerly in the collection of the American Numismatic Society Museum, this piece is sure to attract the attention of all high-end collectors of vintage Chinese coins.

From the same era, a 1911 Chinese Hsüan-t’ung silver Pattern "Long-Whiskered Dragon" Dollar Year 3, MS63 NGC, is an exquisite example of an extreme rarity and artistic accomplishment. The 1911 Long-Whiskered Dragon Pattern, by Luigi Giorgi, is among the most instantly recognizable and fiercely sought of the late Imperial silver dollars. Its MS63 grade nears the peak of NGC’s census.

A 1900 Chinese Kirin Kuang-Hsü "Flower Basket" dollar, MS62 PCGS, presents collectors with a rare and eye-appealing large characters variety, a find of a highly challenging type to find in this condition. The 1900 Kirin "Flower Basket" dollar does not often come to auction, and when it does, it is almost always in circulated condition. The specimen on offer is a fully Mint State example of the less than 100 examples certified by either PCGS and NGC, of which only a dozen are in Mint State condition.

A near-perfect two-coin Dragon & Phoenix Pattern Set of 1989, PR69 Ultra Cameo NGC, is the very first set of its type to appear at auction. A set that certainly stands alongside the greatest rarities of the modern Chinese series, the 1989 Dragon and Phoenix "Patterns" are commonly regarded as among the most difficult to obtain issues produced by the People’s Republic, with perhaps only a handful issued; the set in this two-piece format is presumed unique.

The coin set is a treasure with a storied past. The contract for the Dragon and Phoenix minting program was signed in Beijing in May 1989, with the coins to be issued in September of that year. Owing to unplanned delays, the Mint disclosed that the coins would not be available until December, leading to the decision that the date on the coins be changed to 1990, and that they be issued early in that year. In the years that followed, a very few pieces from the program were discovered to have been dated to 1989.

An immensely rare silver 1989 Proof Pattern "Dragon & Phoenix" 5 Jiao, Ultra Cameo NGC, is one of the scarcely encountered smaller denominations from the series, and features two of the most recognizable symbols to grace the People’s Republic’s coinage. Certified on the edge of perfection with nary a visual detractor to dilute the prominently contrasted "Dragon & Phoenix" motifs, for which the series is named, this specimen is unrivaled, with none graded finer.

Rounding out the Dragon & Phoenix pattern issues on offer in this auction is a 1989 People’s Republic gold Proof Pattern "Dragon & Phoenix" 10 Yuan, Proof Details (Removed From Jewelry) NGC, represents a highly elusive Pattern type that is only very rarely made available on the market. As a testament to the scarcity of this pre-production issue, Heritage numismatists could locate only a single example previously sold at auction.

A gorgeous 2017 Elizabeth II gold Proof Britannia 800 Pounds (30 oz), PR69 Ultra Cameo NGC, which is sought after as a massive gold emission whose impactful presentation, limited mintage, and sheer weight in gold render the offering as a true prize of modern British numismatics.

An almost Uncirculated 1949 Kweichow Republic "Bamboo" Dollar Year 38 (1949), AU50 NGC, is a considerable rarity for this highly collectible province whose silver coinage is among the most popular in the Republican series. Perhaps even more elusive than the famed Auto Dollar and the first ever offered by Heritage Auctions, the Bamboo Dollar was produced amidst the turbulent years of the 1940s, standing as the final issue produced prior to the Communist victory in October of the same year.

A classic Chinese provincial rarity, and one which enters into a state of supreme scarcity as one moves up the Mint State grading scale, a 1904 Kuang-hsü "Large Characters" Tael Year 30, MS62 NGC, is the rarer of the two varieties known for this one-year type. The denomination is historically notable because it was originally introduced as part of a projected coinage reform based on the traditional system of Chinese weights, rather than the relatively recently introduced decimalized Dollar system.

Comrade Kaiser, have you ever seen, “the spear of destiny”? Is it still on display at that palace (too hard to hard spell) near the Spanish Riding School in Wein?

Oh great exalted Kaiser, thanks VERY much for your response. For the record, to your knowledge, it’s NOT at Schonbrunn Palace? Which is probably why no one there knew what I was talking about. My main, “must visit” item in Wein was the Venus of Willendorf. She was simply fabulous — almost as memorable as seeing the Nefertiti bust in Berlin. But the approach experience (i.e., actually approaching the enclave) and the tiny, darkened enclave itself made it feel like you were discovering the Venus for yourself. Quite a contrast vs. the stand-back-and-do-not-come-closer-than-10-meters approach at the rather shabby venue Nefertiti… Read more » 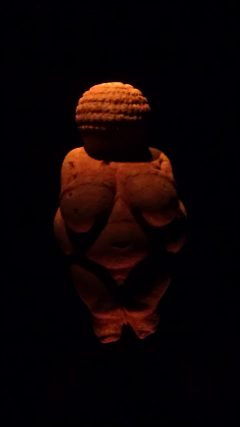