"Rich brings a wealth of knowledge and experience to Heritage Auctions. That, coupled with his professional, friendly and engaging personality, will help us provide an exceptional level of customer service to collectors throughout the western United States," Heritage Auctions Vice President David Mayfield said.

"This part of the country is home to numerous exceptional collections, as well many serious collectors, and adding Rich only increases Heritage’s ability to bring the two together."

Adams comes to Heritage Auctions from Salt Lake City, Utah, where he served as buyer, grader, wholesaler and appraiser of U.S. and World Coins, Currency, Stamps and an occasional diamond or pocket watch.

Adams’ career in numismatics grew out of his own collection, which includes an array of world crowns, world gold and large coppers, all having to do with colonialism and expansionism of the 19th century and early 20th centuries.

Adams returned to the professional numismatic world after a hiatus where he completed his Master’s degree in Public Administration at the University of Utah. He also has degrees in comparative religion, Spanish and Portuguese.

Adams will be in charge of appraisals and consignments for U.S. and World Coins, Currency, and Stamps in Heritage Auctions’ Beverly Hills office. He can be reached at 214-409-1811 or via e-mail at RichardA@HA.com.

I’ll find it one day without the help of PCGS ANA and NGC. Thank you 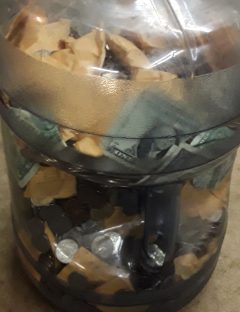 Hey KAREN thanks for caring

Did you check the edge of the coin? If it’s not there, you’ve got a semi-rarity worth about $50 retail, $25 wholesale, eBay, etc.