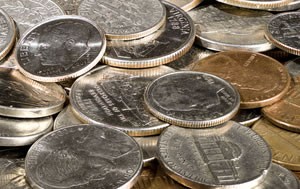 The United States Mint has announced March 18, 2015 as the date for a second stakeholder meeting to continue its mandate in researching cheaper compositions for circulating coins.

Under the Coin Modernization, Oversight, and Continuity Act of 2010, Public Law 111-302, the Mint must research less expensive metals for use in circulating coins and report their findings in biennial reports to Congress.

Two reports are already out, with the most recent one published in December. This latest report includes a production costs analysis, feedback from coin industry stakeholders, the alternative metals study phase II technical report, and estimated costs of current and alternative metals.

The U.S. Mint describes coin industry stakeholders as members of businesses, industries and agencies who would be affected by coin composition changes. Based on the Mint’s announcement, the purpose of the March 18 meeting is:

"To invite individual members of stakeholder organizations to share their perspectives on how the United States Mint would validate the acceptance of alternative metal compositions presented in the most recent report to Congress prior to circulation.

The alternative metal compositions include those with a similar electromagnetic signature (EMS) and weight characteristics that fall within the acceptable tolerance range of the United States Mint’s current circulating coins as well as alternative metals with different EMS and weight characteristics than current circulating coins.

This input will support the Secretary of the Treasury in understanding the balance of interests and impacts to the public, private industry stakeholders, and the Government. Conducting a second stakeholder meeting is one component of the United States Mint’s continued outreach program to ensure to the greatest extent practicable, that any new coins work without interruption in existing coin acceptance equipment without modification and additional costs to industry stakeholders."

Attendance to the meeting is by invitation only, and held at the U.S. Mint’s headquarters in Washington, D.C. Those interested in attending should contact Leslie Schwager at OfficeofCoinStudies@usmint.treas.gov or call 202-354-7291.

There is a deadline of March 16 to request an invitation and obtain additional meeting information. Seating is available on a first-come, first-served basis.

Eliminate all coins and shut down the mints. The dollar bill is now effectively the new penny, and printing too is going the way of the buggy whip industry. According to most law enforcement agencies and the IRS, paper money is only used by those in illegal trade and those seeking to avoid taxes.

All economic transactions will soon be electronic whether we like it or not.

The electronic transfer networks are also open and transparent as well as being fully secure. Just an apple watch and maybe a smartfone, that’s all we need to be happy.

Don’t need the treasury department anymore, it loses money on every coin it makes. Not to speak of maintaining an expensive agency for the sole purpose of catering to a handful of crackpot hobby collectors.

Without cash everyone is forced to pay the banks a percentage of every transaction. If not directly then indirectly through added costs to businesses who recoup the fees in the price of the goods or services. It is also a loss of freedom to have someone control access to your assets through debit / credit cards.

Boz. If we eliminated all coins’ what would the flippers do?

Don’t make more pennies and dimes and don’t make more nickels than quarters.continue to sell your over priced uncirculated and mint coin sets and get rid of the bureaucrats in a treasury department that cost more than their worth.

Drop the cent, half dollar and paper dollar. Change the nickel to steel or a clad composition similar to what the cent now is. But nothing will happen because no government wants to admit its money is becoming worth less and some politicians think their parties have a stake in showing the presidents who are now on coinage.

Gary and Barry you’ve got my vote. Cash is King baby !

imagine a steel composition then they could recoup the silver from our newer coins in circulation not to say the copper…that would do it 90 % silver pre 1964 to 40 % silver to zero…..idk.

Those in the know are hoarding as many nickels as they can now while those coins are still made of 25% Nickel + 75% Copper. In the future coins might be made of cheap Aluminum or steel. Vending machines will need to be changed to accept the new cheap metal compositions. The Highest Price of Nickel metal was $24 per pound on May 2007. A nickel coin was then worth 10.3¢. In other words, its intrinsic value was 103% higher than its face value. Those who understand Gresham’s Law know that nickels will disappear from circulation. This happened after 1964… Read more »

Prior to 1982, pennies used to be made of 95% copper. However after 1982, those old 95% copper pennies eventually disappeared from circulation because the value of copper exceeded the face value of one cent coins. In order to fool the unsuspecting public, pennies were changed to 97.5% zinc with a copper jacket to superficially resemble ordinary pennies. Old 95% copper pennies are now worth about 77% their one cent face value. However during copper’s highest price of $4.50 per pound on February 2011, a 95% copper penny was worth 2.96 cents. In other words, its intrinsic value was 196%… Read more »

Dale – there isn’t any silver in current circulation coinage. The last circulating 40% silver coins were 1969 halves and they’re long gone. Dimes and quarters have been cupronickel since 1965 so there’s essentially nothing to recoup. Barry – the cent (19 mm) is already barely larger than a dime (17.9 mm). But I agree the nickel could be changed in both size and composition. Ideally we should eliminate it along with the cent, but so long as we hang onto a 25c denomination for compatibility with 18th-century Spanish pesetas, getting rid of the nickel would put a big monkey… Read more »

Hi Guys,
With all of the coin operated vending & gaming machines I doubt that a physical size change of our coinage is in the cards.

What I think the collecting community would like to see are coins that hold their look over time. That is a major change that I have seen in our change. The newer coins just look bad very quickly. This is stunting the growth of new collectors. Who wants to go to the bank just to find decent coins to place in your dollar, quarter, penny collecting books?

Also the US mint / treasury department still makes millions on the yearly production of dimes and quarters (the difference between the cost of production and the monetary value of the coins produced).

I’m not very familiar with vending machine technology in this country, but is it that much different from what’s used in Canada, the UK, and the EU? They’ve successfully gone through multiple composition and size changes over the last ~15 years, so as I mentioned before there’s got to be a lot of serious experience to draw from.

The mint should adjust all coins and their values reflect the reality of the debasement of our money by the bankers and government thieves. The new penny will have a $1 value, the nickel $5, the dime $10, quarter $25, half dollar $50 and dollar $100. Go back to the original Large size penny and 90% silver and gold composition. Confiscate the balance sheet of the Federal Reserve and give all taxpayers the physical gold in Fort Knox.

Again, why are they talking about changing the compositions of the dime, quarter, half dollar, and (presumably) the dollar coin? How is a 6¢ profit on every dime and 16¢ on a quarter indicative of a coin too costly to make? I would understand a composition change if their intrinsic values were approaching face, but they’re nowhere near that value.

No justification at all in changing their compositions or sizes. Dimes, quarters, half-dollars (if the public could be made to use them) are fine as is.

For good or ill, there simply isn’t enough silver and gold in the world to return to its use in coins at anything resembling current prices. I’ve seen calculations that gold would have to be pegged at $20K-$25K/oz to simply match the current money supply. AND you’d have to get every other country in the world to go along with re-regulating its price. Back in the 60’s all it took was a few countries that broke ranks and paid more than $1.29/oz for silver to torpedo the whole idea of a fixed price. I’m not saying I approve of what… Read more »

Eliminate the cent, the nickel, and the quarter. Keep the dime. Resume the dollar to replace the dollar bill, but change the alloy from that hideous manganese brass to 11/12 copper + 1/12 nickel, which the net of today’s clad coinage. A handy immediate source material is the tons of unused halves now rotting away in warehouses.

i read something a few years back i think on here where the us mint was going to make the dime quarter,and half with liberty eagle design…???
I guess that been forgotten …oh well would of been nice.

Get rid of the penny and nickel all together (and it’s associating laws). Make everything $.10 increments (dime) for 30 more years, then get rid of that too on a planned date. That should keep us chugging along just fine with minimal complications.
Maybe Coupling this with a push on actually using the half dollar and dollar coins.
I once had a European low value coin that looked like it came from a fisher price board game… Made me laugh. Really hope the US doesn’t go down that cheap chinsy road and start making comical coins.