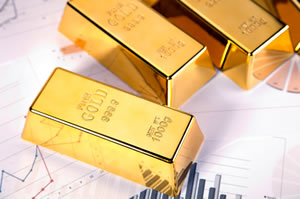 "The Ukraine matter is still a worry among traders and investors, and has moved closer to the front burner of the marketplace," Jim Wyckoff, a senior analyst at Kitco Metals Inc., said in a report. "The Russian occupation of Crimea is a bullish factor for the safe-haven gold market."

In PGM futures prices on Tuesday:

U.S. Mint sales of bullion Platinum Eagles rose by 200 Tuesday after advancing 8,500 on Monday, the first day of issue since 2008. Also higher on the day were sales of bullion Silver Eagles, up 388,500 to score above 1.1 million for the week and surpass last week’s total.

Below is a sales breakdown across U.S. Mint bullion products with columns offering the number of bullion coins sold on Tuesday, last week, in February 2014, the month-to-date, and the year-to-date.