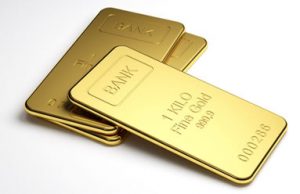 "Gold prices hit a five-week high in overseas trading, but as action moved to the U.S. some technically related selling pressure set in," said Jim Wyckoff, a senior analyst at Kitco Inc. "A firmer U.S. dollar index early on also weighed on the gold and silver markets. However, when the dollar index slipped below unchanged on the day gold prices bobbed up from their daily lows."

About 4M eagles sold so far this month, in just a few days of sales. Would be a lot higher, if there was enough silver to make them. Shortage deepening.

Hunt Brothers in reverse. Somehow the market is being manipulated to disguise the shortages and keep price low. CIA, NSA, Putin, Snowden?

Where does the conspiracy come from that says there’s a shortage of silver? If there were a shortage, then the price would go up.

I agree. If there is no shortage why is the mint having to ration?

Its amazing that the Federal Government can purchase $85 billion dollar a month in QE to help sustain business hence profits go up because of federal money’s placed into business men’s hands. Best question asked whose going to repay that $85 billion a month. Its knocked bullion prices down for sure and as long as the Federal Government continues to bail out the American business man bullion will continue to lose its luster

J_Dog:
Are you really that ignorant, that is the conspiracy, the mint is rationing silver ( allocating it) because if they did not they would run out of silver coins, but the price does not reflect this demand, in fact the price just went back down.

There is no shortage of silver. Only from a US mint point of view there is. Why would that make the global price go up? You can just buy silver from any other mint in the world instead that don’t have shortages. That’s obviously why in the latest news that they went down. There is no shortage people. Only from a US mint logistics point of view there is. They’re a business just like any other trying to reduce overheads and production costs etc etc.

I also think the US mint are probably hyping up this “shortage” to sell more Eagles lol. The US mint say “oh no we ran out of silver” so people get anxious, then the US mint just go and buy like 500,000 blanks from the near endless supplies that the Perth Mint and other global mints have and then just stamp out some more Eagles which sell like hot-cakes. Like I said before, they’re a business.

Hype – I agree. A shortage would cause Silver prices to surge.
It is down to 75 Billion a month for QE3. Ooo Ahhh…