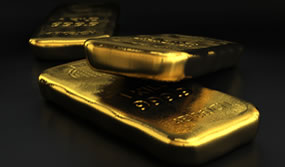 Precious metals advanced in very thin, post-Christmas trading Thursday. U.S. markets were closed for the holiday and open for just a half-day on Christmas Eve. Most European markets remained closed through Thursday.

"Gold prices ended the U.S. day session modestly higher on more short covering in subdued trading Thursday. It was a holiday atmosphere that still sees many traders and investors absent," said Jim Wyckoff, a senior analyst at Kitco Inc, in a daily note.

"The strength in equities markets worldwide has ‘sucked all the air out of the room’ for other investment asset classes. This situation cannot go on indefinitely, but that is presently of little comfort to the bulls in other asset classes," added Wyckoff.

In other precious metals futures on Thursday:

Gains in platinum were attributed to bargain-hunting and speculation of stronger global growth and resulting demand, according to some analysts.

"There’s a deficit in platinum, and people probably have just realized how cheap it is," Dominic Schnider, the head of commodity research at UBS AG’s wealth-management unit in Singapore, said in a telephone interview according to Bloomberg News. "Unlike gold, platinum benefits from a global economic recovery."

UK markets have been closed since Tuesday morning. Those AM precious fixings were:

Listed below are United States Mint bullion sales by day, for the week so far, for the month through Dec. 26, and the year-to-date.