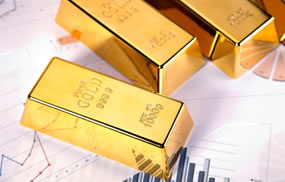 Gold advanced, opined analysts, on comments from Fed chairman nominee Janet Yellen who signaled there was no rush to end the central bank’s stimulus. Additionally, the U.S. Labor Department said initial claims for unemployment benefits fell by 2,000 to 339,000 when a larger decline was expected.

"The initial claims are worse than expected, giving gold a boost," Phil Streible, a senior commodity broker at R.J. O’Brien & Associates, said in a telephone interview from Chicago, according to Bloomberg. "The dovish statements from Yellen are also very supportive."

In PGM futures prices on Thursday:

Sales totals for U.S. Mint bullion coins were unchanged Thursday. Bullion sales for the week so far and the year-to-date are listed below.