Secured within the United States Mint facility in West Point, New York are nearly 4,300 gold bars worth more than $2.3 billion. It is a sight to see, something this collector will never forget. The facility has the second largest gold holdings. Only Fort Knox has more. 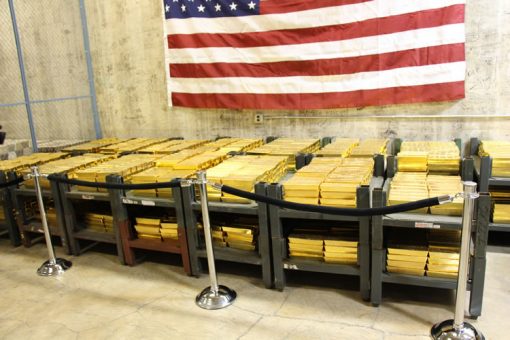 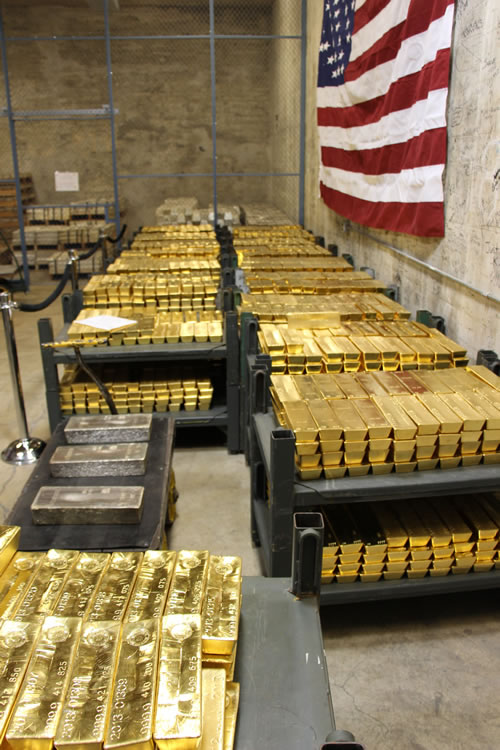 Chump change by comparison and off toward the back of the same vault was over 1.3 million ounces of silver. These were refined to 99.9% purity to a weight of 1,000 ounces per bar. Side-by-side, the silver bars appeared dull next to the gold. Yet, each one was worth more than $22,000. 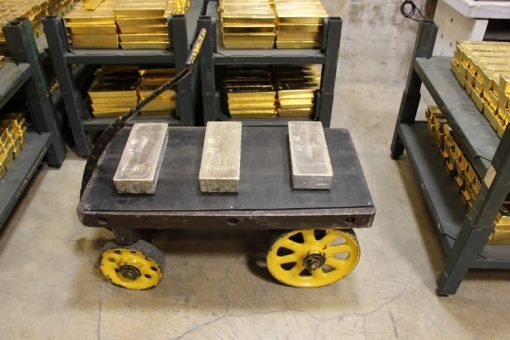 Public tours are not available at the four-acre plant, so few are lucky to see the inner workings of the highly-secured facility. A main vault holding bullion bars was just one of the many areas Ellen McCullom, plant manager of the West Point Mint, showed media members as she shined a spotlight on the history of the site and its 75th anniversary. The facility was completed on June 13, 1938 and functioned solely as a bullion depository. It wasn’t until later that it first produced coins with presses striking Lincoln cents from 1974 to 1986. 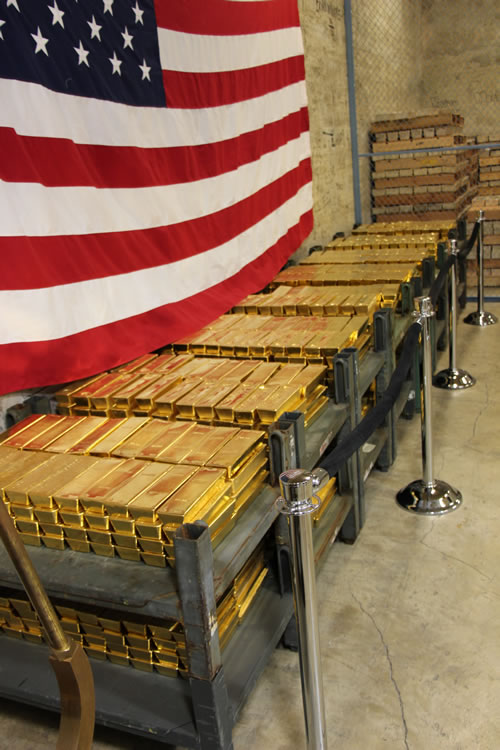 1986 is a significant year some collectors and investors will recognize. That is when the popular American Eagle series of 22-karat gold coins and 99.9% fine silver coins debuted. Platinum Eagles in 99.95% purity followed in 1997 — the first platinum bullion coins from the U.S. government. Finally, 24-karat American Buffalo gold coins joined the bullion family in 2006.

In bullion alone this year, the West Point Mint has already sold more than 1.1 million gold coins in varying sizes and some 20 million one-ounce Silver Eagles.

Then there is, of course, the many commemorative, proof and uncirculated coins produced by the West Point Mint each year for collectors. The anniversary-related 2013 West Point Silver Eagle Two-Coin Set just finished its four-week sales run with orders totaling 281,310. And more than a half-million 2013-W Proof Silver Eagles have sold since launching in late January. 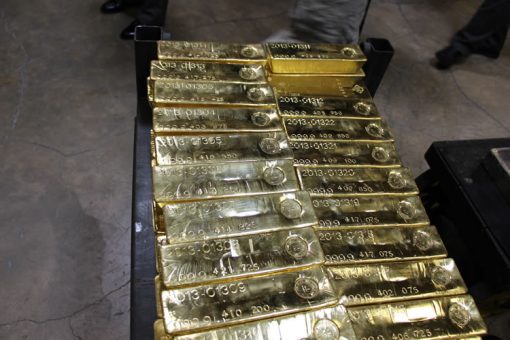 Stay tuned for more articles on my trip to the West Point Mint. In the meantime, here is a short video segment about it that was shown on CNBC last week. I, Sharon Epperson, CNBC’s Senior Commodities and Personal Finance Correspondent, and her crew, and Paul Gilkes of Coin World bumped elbows throughout the day during our behind the scenes tour.

Now all I need is one of those bars 🙂

The only bar I could ever afford would be the lead type.

According to , “As of 2012, the vault [at the Federal Reserve Bank of New York] housed approximately 530,000 gold bars, with a combined weight of approximately 6,700 tons”. So Quoting , “The United States Bullion Depository holds 4,578 metric tons (5,046.3 short tons) of gold bullion (147.2 million oz. troy). This is roughly 3 percent of all the gold ever refined throughout human history. Even so, the depository is second in the United States to the Federal Reserve Bank of New York’s underground vault in Manhattan, which holds 7,000 metric tons (7,716 tons) of gold bullion (225.1 million oz.… Read more »

Mike Unser,
You’ve done a great job writing this (among many other very good) articles. The pictures are also very impressive.

Thank you for going above and beyond,
RBG

Did you have to use the oops box MIKE UNSER for one of those 28 pound gold bars? Thanks for the education.

Now all that’s missing is to trot out the Queen for a video tour… Well in or case, the First Lady… To take a grand tour in order to convince the masses that the gold is all there, nothing to fret about. Move along, please. Nothing to see here. So why is it taking Germany seven years to get a fraction its gold back? Because it isnt where it is supposed to be. Its been sold over and over and over again. And we can be shown all the pictures of gold bars there are, but it does not provide… Read more »

The assumption I believe was that this is the 2nd largest Gold holdings in the USA.

I hope this helps to satisfy those who said the Government has no gold left in the vaults. But then again the conspiracy theorists will never be happy.

Everyone watch the video! They snuck in a good look at the Reverse Proof Gold Buffalo!

For all those fools who believe our government is run by honest people I reply that you are just ignorant and hopelessly lost in a fog. The FED (led by liar Ben), the IRS, NSA, telecoms, google and FBI are all agents trying to make you believe everything is all good. What are gold lease rates all about? Why does the concept of hypothecation and then rehypothecation exist? Why don’t our congressional representatives call for an independent audit of Fort Knox with a report published for the american people to see with pictures? Why did the US Mint recently raise… Read more »

OMG, such banter. All this doesn’t stop me from purchasing that which I desire.