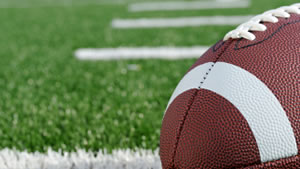 Legislation has returned calling for commemorative coins in recognition of the Pro Football Hall of Fame.

H.R. 4104 was actually approved in the House just days before the National Baseball Hall of Fame Commemorative Coin Act became law. It died when the Senate failed to take any action. For a bill to become law, it must pass in the House and Senate and get signed by the President.

S. 203 calls for commemorative coin designs that are emblematic of the game of professional football. Candidate designs would get drawn up and reviewed by the Citizens Coinage Advisory Committee. The Treasury Secretary would select the final ones after consulting with the Commission of Fine Arts and the Pro Football Hall of Fame.

These commemorative coins, minted to both proof and uncirculated qualities, would include standard inscriptions of their value, the year ‘2016,’ ‘Liberty,’ ‘In God We Trust,’ ‘United States of America’ and ‘E Pluribus Unum’.

The Pro Football Hall of Fame opened its doors in Canton, Ohio on September 7, 1963. On that day, a charter class of 17 players, coaches, and contributors were enshrined. Since then, 273 members have been elected and nearly 9 million visitors have seen the more than 20,000 artifacts, 20 million pages of documents, and nearly 3 million photographic images that are showcased at the Pro Football Hall of Fame.

S. 203 now has 7 cosponsors. It has been referred to the Committee on Banking, Housing, and Urban Affairs.

Ok – is it just me that thinks a multi-billion dollar industry like Pro Football … really needs me to donate $10 to renovate that facility? If the Hall of Fame needs money – they should be asking the million dollar players and billion dollar owners to pony up.

Let me see, I was guessing it was introduced from someone from Ohio and sure enough.

Lol !! I guess Ohio is loosing $ because of the college bowl ban just like Pa.

Sigh…
Will they never learn?

The Pro Football Hall of Fame commemorative coins will probably sell out if the design is right. America loves football.

Joe – I love football, and would seriously enjoy a commemorative coin design. What I don’t want to do is pay $5 or $10 extra for a coin and donate that to the pro football hall of fame. I understand many of the other surcharges, but honestly think about it – football makes billions – the players make millions and they want us to pay to remodel their home? It is pure greed to ask us to support that surcharge.

tP – write to your senator and express your opinion as you did above – only add $35 (for the gold coin) to your list of surcharge extras.

How about a commemorative coin recognizing the US Air Force? 66 years this September. Just saying…

And I agree with the comments above…why a surcharge to help the HoF? Ask the players and owners to “pledge” half of one percent earnings…I think that would do it.

@jim – I have done as much and hope others will do so as well.

tP – Good for you! I wrote to Geithner last year and complained about the product schedule no longer being a full year list (among other things) and lo and behold, this year we’ve got a full year list with anticipated prices to boot! Not saying my letter was the impetus for the change but I’m sure it helped.

How about something to commemorate $1 Trillion a year in money that is being printed?

@kevin – while I am not a fan of or a buyer from the various coin selling programs on TV… I have been watching some of them lately to see what they are trending. It is interesting to see them following the price of gold & silver in regards to our current print and spend policies. The reason for the rise in precious metals – is directly related to the unlimited printing of US dollars. The irony is the fed is printing money to buy US debt in the form of bonds, and other countries are buying metals to guard… Read more »

The problem is that the “We – They – Someones” are allways passing the buck (pun intended).

@thePhelps. I agree. Gold going up = $ going down. Generally speaking…..The West is selling or sold their gold. The East is buying. China and Russia are patiently accumulating gold. China will back its currency with gold when they have 4,000 tones, some say. UK sold a boatload of theirs at the bottom. Hugo Chavez of Venezuela threw a parade after getting their gold returned. Germany wants theirs back, but it will take seven years to get some, not all of it back. Central banks allowed much gold to be leased out repeatedly, yet they still claim 100% ownership on… Read more »

“I meant to write one sentence, but just couldn’t stop. Like the guys with green ink on their hands.”

Sad but true things you see on the itnernet these days…