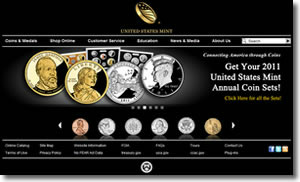 An updated product schedule from the United States Mint shows a bevy of anticipated collector products that are set for release between now and the end of August.

Also appearing in the updated product schedule are several Presidential $1 Coin products and 2012-S American Eagle Silver Uncirculated Coins. In total, the U.S. Mint shows eighteen different products that should be released over the next three months.

A copy of updated product schedule follows. Summaries about some of the major ones appear after the grid.

The second coin of the series to appear this year is the Chaco Culture America the Beautiful Five Ounce Silver Uncirculated Coin which will make its debut on July 9. It will be followed later in the year on August 13th with the Acadia America the Beautiful Five Ounce Silver Uncirculated Coin. Two more releases in the series honoring Hawaii Volcanoes National Park of Hawaii and Denali National Park of Alaska will be issued later in the year, although a release date for these coins is not yet known.

Just a few days later on June 4, the U.S. Mint will offer the 2012 Silver Proof Set. This is one of the most popular annual products from the United States Mint and will contain a total of fourteen proof quality coins struck at the U.S. Mint’s facility in San Francisco. Of those fourteen, the five America the Beautiful Quarters, the Kennedy Half-Dollar and the Roosevelt Dime are all struck in 90 percent silver for a total silver content of 1.338 ounces.

A new series from the U.S. Mint will make its inaugural appearance on June 21 with the release of the 2012-S El Yunque America the Beautiful Quarter Bags and Rolls. This series includes coins of the America the Beautiful Quarters Program struck to circulation quality at the U.S. Mint’s facility in San Francisco. Typically, circulation quarters are struck at the facilities in Philadelphia and Denver, making these newest products unique among U.S. Mint offerings.

2012 American Eagle Silver Uncirculated Coins will make their way into the public’s hands beginning on August 2. These coins are a numismatic version of the Mint’s bullion American Silver Eagles and were first struck in 2006. They began a two year hiatus in 2009 as the Mint diverted all available blank planchets towards the related bullion production to meet demand.

The product schedule is also available directly on the U.S. Mint website at http://www.usmint.gov/catalog.

Where are the First Spouse coins at this year?

I know…. I am also confused about the star spangled banner set coming up. I thought they already had released those is MS & PF Versions

Manos, Here is the current link for the US Mint Spouse Coins: http://catalog.usmint.gov/webapp/wcs/stores/servlet/CategoryDisplay?catalogId=10001&storeId=10001&categoryId=50007&langId=-1&parent_category_rn=20738&top_category=20738

James, The Mint is continuing to flood the market with so many Coin options that they will have little value in the future. Look at the ATB Quarters. There are now Twelve different ways to collect/purchase the series!

I think part of the problem is that these series have over 40 elements and therefore seem to last forever. Some collectors might relish at the large number of coins in a series but for me I’ve gotten bored with the presidents and the 50 states and now the ATB quarter series. The presidents finish up in 2016 but the ATB quarters have another 5 yrs after that to finally finish in 2021.