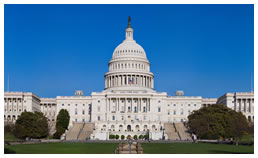 These topics are outlined in the recently published Oversight Plan of the Committee On Financial Services for the One Hundred Twelfth Congress. Their inclusion indicates that at least some members of the committee have an interest in exploring coinage issues as the oversight plan was voted on by its members.

The cost of American coinage, especially as it relates to its composition, seems to be a perennial topic before Congress, as does commemoratives with legislation for new issues introduced on a seemingly regular basis. Counterfeit coins and coin demand, however, have had a quieter history in Congress.

The committee stated in its oversight plan that it will "examine methods to reduce the cost of minting coins." This will involve the discussion of their metallic makeup as the cost of producing several coins has exceeded their face values in recent years. This is true of the Lincoln cent which takes an estimated $0.0179 to manufacture and the Jefferson nickel which costs $0.0922. Currently, the cent is struck from 97.5% zinc and 2.5% copper while the nickel is composed of 75% copper and 25% nickel. A modification in these compositions could save money if coin processing equipment, such as vending machines, did not need expensive upgrades.

With the Coin Modernization, Oversight, and Continuity Act becoming law (Public Law 111-302) last year, the United States Mint has already started the process required by the Act to begin researching potential new coinage compositions. The Mint must not only research but report its findings to Congress biennially.

According to the oversight plan, the committee will also continue to monitor the activities of the Treasury bureaus like the United States Mint. It specifically refers to the Mint’s Congressional authorized commemorative coin programs as well as Congressional gold medals.

As mentioned, the problem of counterfeit coins will be discussed as well. The Committee’s plan makes direct reference to the "counterfeiting of rare or investment-grade coins, U.S.-made and otherwise," indicating that it is aware of the recent trend of high-quality counterfeits entering the U.S. from foreign countries.

Finally, the committee expects to examine the long-term demand for circulating coins as well as the United States Mint’s recent difficulties in meeting demand for its bullion products — although the latter is at least partially addressed with the aforementioned Coin Modernization, Oversight, and Continuity Act. The Mint halted the production of collector proof eagles in 2009, stating its legal obligation to meet public demand for its investment-grade bullion coins took precedence. The Act now authorizes the United States Mint to produce uncirculated and proof American Eagles for collectors even when demand for bullion coins is unprecedented, as it has been for American Silver Eagles

Oversight plans are required of all standing committees of the United States House of Representatives. While they do not include a concrete agenda of topics that will be discussed, they offer a glimpse into the possible activities those committees will undertake in the next two sessions of Congress.

I’ve said this before, but what would seriously be wrong with working to reverse the ravages of inflation and restore the purchasing power of our coins? That would make compositional changes moot. How about Congress passing a law making that the mandate of the Federal Reserve instead of the illusory price stability and employment requirements they have now? Would a controlled 1-3% annual deflation really actually hurt us in the end?

The point is definitely moot !

Regardless of metal compositions, we are losing the inflation / deflation battle. If you think the Fed is going to change anything, even interest rates upward, you’ve been keeping your head in the sand.
Since the dollar is worth ONLY 2% of it’s value in less than 100 yrs., any are truly an illusion. eliminate the FRN, cent & “nickel”, would be a start