The headline-making authentication of the long-missing Walton specimen 1913 Liberty Head nickel by a team from Professional Coin Grading Service (PCGS) in 2003 is the subject of an episode in a new program, Accidental Fortune, to be shown on The Learning Channel (TLC) on Sunday, May 2, 2010. 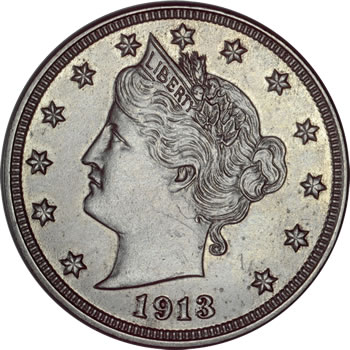 Viewers should check their local listings for the time the program is scheduled to be shown in their community.

The segment will feature interviews with Paul Montgomery, who offered a minimum $1 million reward for the coin in 2003 on behalf of a division of PCGS’s parent company Collectors Universe (NASDAQ: CLCT), and Ryan Givens, nephew of George O. Walton who had an appraisal business based in North Carolina.

Walton was killed in a 1962 car crash and the 1913 Liberty Head nickel was among the many coins recovered from the wreck. When Walton’s estate was settled among his heirs, Givens’ mother — Walton’s sister — received the coin.

Givens lives in the Virginia house where his mother unsuspectingly kept the famous coin in a closet for 41 years after she was incorrectly told in 1962 that it was a fake. 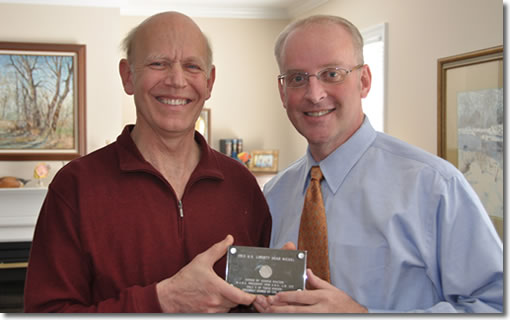 When he made the reward offer, Montgomery, President of the Professional Numismatists Guild, was President of Bowers and Merena Galleries, then owned by Collectors Universe.

The reward was a publicity stunt created by public relations consultant and former American Numismatic Association Governor, Donn Pearlman, as a tie-in to the ANA World’s Fair of Money in Baltimore, Maryland in the summer of 2003. The show was to feature a display with four of the five known 1913 Liberty nickels, the first time they were to be together since the set of five was broken up in 1942.

Givens, his sister Cheryl Myers and her husband, Gary, brought their inherited coin to the ANA’s 2003 Baltimore convention where it was first examined by Montgomery, Mark Borckardt and John Dannreuther. 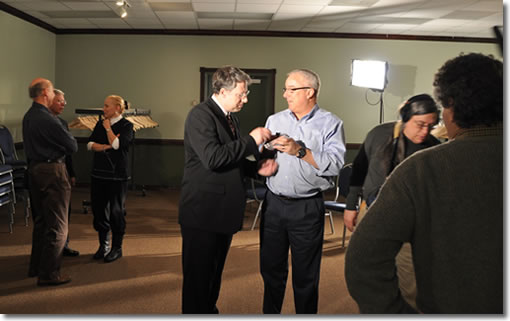 While crew members set up, PNG President Paul Montgomery (right) rehearses a scene for the TV program Accidental Fortune with actor Chuck Lionberger who played the role of Mark Borckardt for the show. In the background on the left are George Walton’s nephew Ryan Givens, actor Fred Anderson who played the role of publicist Donn Pearlman, and Walton’s niece, Cheryl Myers. Photo by Gary Myers. CLICK TO ENLARGE.

Hours later they joined a team of PCGS experts led by PCGS Co-Founder and Collectors Universe President, David Hall, who examined the coin along with the four other specimens in a secret, midnight authentication meeting held in the security room of the Baltimore Convention Center. They unanimously concurred that the Walton coin was genuine and, indeed, the long-unaccounted-for specimen.

Montgomery told the Walton family members that night, "It’s genuine, it’s worth significantly more than a million dollars, and God bless you."

The TV episode has a recreation of that authentication meeting along with information about events leading up to it.

"This story, kept alive by the Givens family, brings to life what our hobby is truly all about," said Montgomery. "This episode of Accidental Fortune was a blast to work on, but for me was simply the next chapter of an already great story. It makes me wonder what’s next for the Walton nickel?"

The Walton heirs still own the coin. Following the 2003 ANA convention they placed it on long-term loan to the ANA and it has been exhibited at the ANA Money Museum in Colorado Springs, Colorado and various ANA conventions around the country including the recent National Money Show in Fort Worth, Texas.

An extensive account of the Walton nickel saga is contained in the book, Million Dollar Nickels (Zyrus Press, 2005), co-authored by Montgomery, Borckardt and Ray Knight.