Earlier this month, the Royal Canadian Mint released its first new collector coins of 2010. To follow up on our recent 2010 Proof Set Spotlight honouring the Canadian Navy’s centennial as the theme of its 2010 Silver Dollar, we’re now pleased to tell you about another perennial favourite — the annual Specimen Set which pays tribute to one of Canada’s remarkable feathered friends. 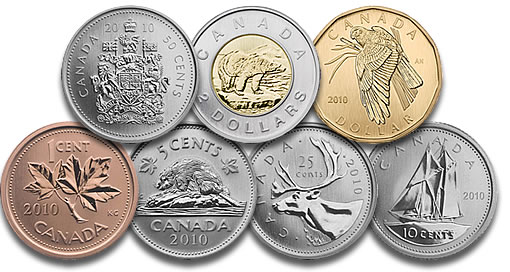 As the seventh Specimen Set to pay tribute to Canada’s diverse bird population, the breathtaking Northern Harrier takes centre stage. The Northern Harrier is an impressive raptor with a distinctive white rump patch, a face like an owl, a long tail and a wingspan up to 122 cm (48 in) in length. As the only harrier hawk in Canada, it can be seen gliding quite low over marshes or open grasslands in search of prey.

What makes the 2010 Specimen Set especially unique is its unexpected and exclusive aureate dollar — aka the "loonie". According to Merriam-Webster, the term "aureate" is defined to be "of a golden color or brilliance". 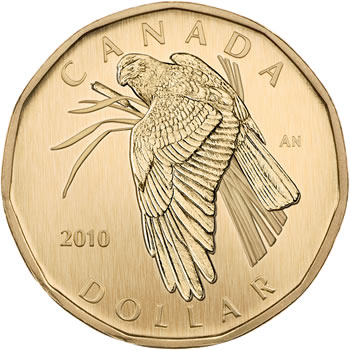 As the only set offering the limited-edition Northern Harrier aureate dollar, it’s perfect for collectors and bird lovers alike. Making the 2010 Royal Canadian Mint Specimen Set even more collectible is its reduced mintage.

Elegant book-style packaging splendidly complements this fine set and each coin has been individually inspected to ensure that it meets the high standards of the Royal Canadian Mint.

No order limits are in place, but mintage is limited to 35,000 sets worldwide. To order from anywhere in the world, visit:

Canadian and US collectors may also purchase the set through the Mint’s toll-free number:

[Interested in other finely crafted Canadian coins and sets? In addition to the Mint. ca Web site, view dozens of featured coins on the CoinNews.net page: Royal Canadian Mint Coins.]

The following coins are included in the Royal Canadian Mint 2010 Specimen Set: