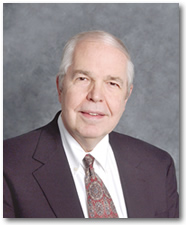 "An Hour with Dave Bowers" is the latest in the continuing series of free PNG educational seminars for collectors and dealers being conducted at shows around the country. The program featuring Bowers will be held at 11 a.m., Friday, August 7, 2009, in room 511-B of the Los Angeles Convention Center West Hall, site of the ANA convention. A complimentary light lunch will be available for audience members.

Bowers will take questions from the audience and discuss his involvement with the hobby starting in 1953 as a teenaged coin dealer, a role that landed him as a young guest on the NBC-TV Today Show in 1957 as well as subsequent appearances years later.

He’ll provide interesting recollections about his extraordinary work helping to build and then catalog for auction some of the world’s most prominent coin collections. He’ll also discuss his decades of prolific authorship and ongoing research and writing for Whitman, publishers of A Guide Book of United States Coins (the "Red Book") and many other titles.

He has received the coveted Friedberg Literary Award from PNG a record seven times, and his books have won the Numismatic Literary Guild’s Book of the Year award more than those of any other author. Many of the auction catalogs he and his companies have produced have become important reference works, such as those for the renowned collections of Louis E. Eliasberg Sr., Harry W. Bass Jr., Ambassador and Mrs. R. Henry Norweb, the Childs Collection and the John Work Garrett Collection sold by order of The Johns Hopkins University.

"The PNG Share the Knowledge seminar series was launched in early 2008 as a way for expert PNG member-dealers to present timely, informative educational programs to hobbyists as well as numismatic professionals," said Gary Adkins, PNG president.

Founded in 1953, PNG is a nonprofit organization composed of many of the top rare coin and paper money dealers in the United States and seven other countries. PNG member-dealers must adhere to a strict Code of Ethics in the buying and selling of numismatic merchandise.

Mike Unser - July 1, 2022 63
The United States Mint announced prices and the type of finishes for their 2023-dated Morgan and Peace Silver Dollars. One of the five announced...