(Fallbrook, California) – The Professional Numismatists Guild will continue its year-long series of PNG Share the Knowledge educational seminars at major numismatic conventions in June and August.  Programs will be conducted by PNG member-dealers at the Whitman Baltimore Coin and Currency Convention, June 6; the American Numismatic Association World’s Fair of Money® in Baltimore, August 1 and 2; and at the Whitman Coin and Collectibles Atlanta Expo, August 22, 2008.

A complimentary light lunch will be available for audience members at each seminar.  The seminars are free and open to collectors and dealers as a way for some of the hobby’s top experts to share their knowledge. 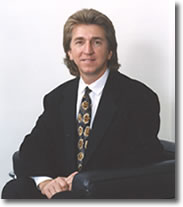 PNG Immediate Past President Jeff Garrett of Lexington, Kentucky will present a program about “United States Gold Coins and The Smithsonian Collection” at Noon on Friday, June 6, in room 303 of the Baltimore Convention Center.

“While doing research for the book, Encyclopedia of United States Gold Coins, I had the opportunity to study one of the greatest collections of gold coins ever assembled.  During my seminar I’ll discuss the history of the collection, the museum and many of the incredible highlights that make the National Numismatic Collection one of the finest in the world,” said Garrett. 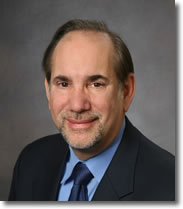 Two PNG seminars will be presented at the ANA convention starting with Donald Kagin, Ph.D. of Tiburon, California who will discuss “Pioneer Gold Pattern Coinage” at 11 a.m. Friday, August 1, in room 319 of the Baltimore Convention Center.

“It’s the story of our nation’s first entrepreneurs who created and made impressions from coinage dies primarily in contemplation of making coins from the gold in our country’s first three gold rushes.  There were more than 30 different companies, but 11 of them never made gold coins,” Kagin said. 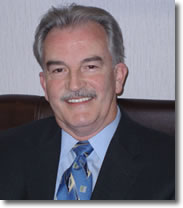 The second PNG seminar at the ANA’s annual summer convention will be presented by PNG President Gary Adkins of Edina, Minnesota, “Collectors Are From Venus, Dealers Are From Mars!,” at Noon, Saturday, August 2, also in room 319 of the Baltimore Convention Center.

Adkins will discuss expectations on both sides of the bourse table when attending a coin show, including preparation before the show; travel and security; show hours and management; dealer and collector etiquette; buying and selling; expectations of the transaction; and enjoying the experiences of a coin show.

Former PNG President Q. David Bowers, co-chairman of Stack’s of New York City and Wolfeboro, New Hampshire, and PNG Associate Member, Mary Counts, president of Whitman Publishing Co., will present an educational seminar entitled, “Behind the Scenes at Whitman Publishing: How It All Happens,” at Noon, Friday, August 22, at the Atlanta Expo in room 109 of the Cobb Galleria Centre. 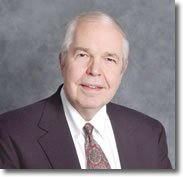 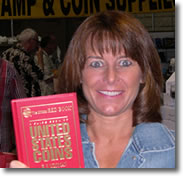 Bowers, who also serves as numismatic director of Whitman, and Counts will reveal “inside secrets” about production of the Red Book (A Guide Book of United States Coins) and other hobby reference books.

Founded in 1953, the Professional Numismatists Guild is a nonprofit organization composed of many of the top rare coin and paper money dealers in the United States and seven other countries.  PNG member-dealers must adhere to a strict Code of Ethics in the buying and selling of numismatic merchandise. For additional information about PNG, call (760) 728-1300 or visit online at WWW.PNGdealers.com.

The Whitman Coin and Collectibles Conventions is one of the premier coin and collectibles shows in the country. Four great shows are held annually.

The Whitman Coin and Collectibles Atlanta Expos are held in Atlanta at the Cobb Galleria Centre in the fall. The Whitman Baltimore Coin and Currency Conventions, now in its 35th year, are held at the Baltimore Convention Center in the spring, summer, and winter. Visit http://www.whitmanexpo.com for more.

About ANA World’s Fair of Money

The World’s Fair of Money® will be held July 30 to Aug. 3 at the Baltimore Convention Center, One West Pratt St. The show brings together people of all ages who share an interest in coins, paper money, tokens and medals, art, history and related areas. The event features more than 1,100 numismatic dealers; a Mint Promenade featuring Mints from around the world; an Artists & Authors Alley that showcases the hobby’s literary and artistic side; the Collector Gallery exhibit area; marquee exhibits of numismatic rarities, a multi-million-dollar auction by Heritage Auction Galleries; hourly educational presentations, seminars, meetings and workshops; and special events including the ANA’s annual awards banquet.