The second and third in a year-long series of free Professional Numismatists Guild “Share the Knowledge” educational seminars will be conducted in conjunction with the Whitman Baltimore Coin and Currency Convention on February 29, 2008 and at the American Numismatic Association’s National Money Show™ in Phoenix on March 8, 2008.  A complimentary light lunch will be available at both programs. 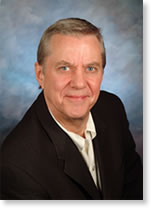 Robert Rhue of Denver, Colorado, a member of the PNG Board of Directors, will present a seminar entitled, “Collecting Coins, Medals and Tokens From the Back of the Redbook,” at Noon on Friday, February 29.  The one-hour program will be conducted in room 303 of the Baltimore Convention Center.

“If you want to learn about many interesting areas of numismatics apart from Federal issue coinage, come to this short overview seminar on ‘the back of the Redbook’ (the popular, annual reference, A Guide Book of the United States Coins).  Knowledge is king, and knowing more about Territorial coins, Lesher dollars, errors, patterns, Hawaiian coinage and other fun, esoteric areas, might just someday present an opportunity for you that could translate into a pleasant financial reward,” said Rhue.

Internationally known bank note expert, Tom Denly of Boston, also a member of the PNG Board, will present a seminar entitled, “The History of U.S. Paper Money and How to Collect It,” at Noon on Saturday, March 8, at the ANA’s National Money Show in room 102-A of the Phoenix Convention Center West Building.

“PNG is presenting these seminars for collectors and dealers around the country to share the knowledge from some of the country’s top numismatic experts,” said Gary Adkins, PNG President.  “The PNG has a responsibility to provide this kind of leadership for the growth of our hobby and profession.”

Now in its 36th year, the Whitman Baltimore Coin and Currency Convention, is regarded by many as one of the best numismatic shows in the United States.  The show has expanded in recent years and attracts thousands of collectors from around the world.