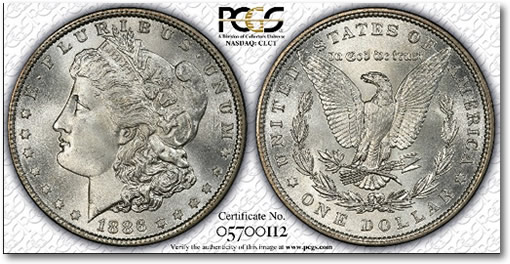 Visitors to the three-day show will see both the "Gold River Morgan Dollars Set," ranked number two on the PCGS Set Registry for date set circulation strikes, and see the "Wild West Collection," a complete set of superb-grade Carson City dollars.  A free gold coin door prize will be awarded to a lucky, registered visitor each day. 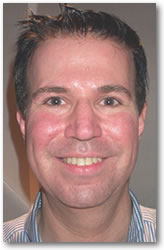 "The gold seminar will be jointly conducted by Travers, an acclaimed consumer advocate who is the author of a dozen award-winning numismatic books, and by Kingsland, a respected Fox Business Network editor and long-time Wall Street journalist," said Ronald J. Gillio, Expo General Chairman.

"With the renewed interest in gold because of the U.S. and world economic situation, this certainly is one of the most important and timely educational seminars we’ve had in the history of the Long Beach Expo."

"This educational program will provide pertinent and potentially valuable information about the precious metals markets from mining stocks to bullion coins – such as the American Eagle and Canadian Maple Leaf – to gold estate jewelry and ‘scrap’ gold," explained Travers.

A former Vice President of the American Numismatic Association who the New York Times once described as "the Ralph Nader of numismatics," Travers is a prolific author whose books include The Coin Collector’s Survival Manual, Sixth Edition that was published last fall by Random House.  He cautions that “Gold is not an investment.  It’s an insurance policy.” 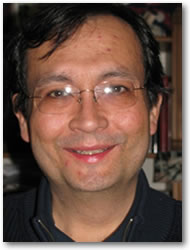 Veteran Wall Street journalist and financial broadcaster Kingsland predicted in August 2007 that the Dow Jones Industrial Average would sink to 7,200 within the next couple of years and that gold would rise above $1,000 an ounce within the next year or two. Despite nay-saying skeptics who criticized his forecast at the time, he was accurate on both predictions.

Kingsland has authored the first edition of Coin and Precious Metals Values 2010: Trends, Deals and Predictions for the Smart Investor for Random House (due for publication this November).  He is also an editor for News Corporation at the Fox Business Network and a stock market commentator for the Fox Radio Network on stations ranging from KABC in Los Angeles to WCBS in New York. He is a former reporter for CNBC and former News Director and morning news anchor for the Bloomberg Radio Network.

The 28-coin "Gold River Morgan Dollar Set," named after the anonymous owner’s home area near Sacramento, California’s Gold River and the famous 19th century coins designed by U.S. Mint engraver, George T. Morgan, will be displayed by Mike Bobb of Mike’s Coin Chest in Torrance, California at booth #834.  The set includes coins from the Jack Lee, R. Dier and Mike Gilley collections, and is valued at over $2.5 million.

Another featured exhibit, presented by Monaco Rare Coins of Newport Beach, California at booth #934, will showcase the "Wild West Collection" with some of the finest known Carson City dollars.  The display will include an 1889-CC graded PCGS MS-68 and a rare branch mint proof 1893-CC NGC PF-67 Cameo, both formerly in the collections of Louis E. Eliasberg Sr. and Jack Lee.

"We’ve made special arrangements with Alhambra Coin Center, one of California’s largest buyers of gold, to have their expert appraisers at the show to purchase scrap gold, coins and jewelry for cash from the public as well as offer to exchange it for gold bullion coins," said Gillio.

During the three-day Long Beach Expo more than 1,000 dealers will be buying and selling rare coins, paper money, stamps, postcards, historic documents, antiques, estate jewelry and other collectibles.  Some will provide free, informal appraisals for visitors.

Young numismatists’ activities including a children’s treasure hunt will be held on Saturday, May 30.

In addition to the gold seminar a half dozen educational programs and collectors’ club meetings will be conducted during the show.  Heritage Auction Galleries of Dallas, Texas, the world’s largest collectibles auction house, will hold a public sale of U.S. and world coins and paper money.

General admission is $6 (good for all three days); $4 for members of any coin or stamp club who display a valid membership card; and $3 for seniors 65 and older.  Free admission for children ages seven and younger.  Discount coupons are available online at www.LongBeachShow.com. The admission fee will be refunded with any transaction with Alhambra Coin Center.