The ACCG has launched phase two of a coordinated plan to challenge import restrictions on ancient coins. 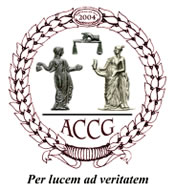 As a British Airways jetliner touched down in Baltimore on April 15th , many U.S. citizens were busy writing last minute checks to the IRS. In the face of mounting global crises, they could hardly have anticipated that some of their tax dollars would be used by the U.S. State Department (DOS) to wage an ideological war against coin collectors.

Part of the cargo of BA 229/16 that day was a small packet of 23 very common, inexpensive, Cypriot and Chinese coins being imported by a collector advocacy group, the Ancient Coin Collectors Guild (ACCG).  The entry of these coins, forbidden by DOS under bilateral agreements with Cyprus and China, marked the launch of a test case to determine whether the State Department has banned their importation properly under a 1983 law dealing with the protection of cultural property. 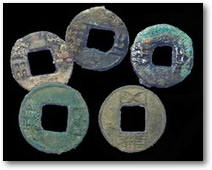 As mandated, U.S. Customs detained these coins being imported from the United Kingdom.  The ACCG now plans to use this detention as a vehicle to strike down the unprecedented regulations banning importation of whole classes of ancient coins, The collectors’ group claims that, among other abnormalities, the decision process for these agreements was orchestrated contrary to the spirit and intent of governing law.

Moreover, they claim that the State Department misled Congress and the public about its decision not to follow the recommendations of its own Cultural Property Advisory Committee (CPAC) — a group of experts charged with advising the president on how best to balance the goals of protecting cultural heritage against the needs of a legitimate trade in cultural artifacts.

Washington attorney Peter K. Tompa, of the law firm  Bailey & Ehrenberg PLLC, will represent the ACCG in this matter, According to Tompa,

"Research and discovery to date in a separate ongoing Freedom of Information Act case strongly suggests that State Department bureaucrats acted improperly by adding coins to import restrictions on Chinese cultural goods without any formal request from PRC officials.

Even more troubling, is their July 2007 decision to impose import restrictions on coins of Cypriot type, which appears to have been adopted contrary to the recommendations of CPAC."

The ACCG (http://accg.us) is a non-profit organization promoting the free and independent collecting of coins from antiquity.  It advocates protection of cultural resources through programs like the United Kingdom’s Treasure Act and Portable Antiquities Scheme that recognize public participation.