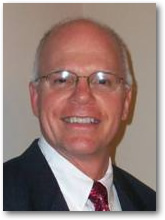 DALLAS, TX – Heritage Auction Galleries, the World’s Leading Auctioneer of Rare Coins, has announced that noted numismatist Win Callender has joined the company as a Professional Numismatist and Consignment Director at its Uptown Dallas headquarters.

"I’ve always been fascinated with coins," said Win, "and I’m happy to be bringing my broad range of experience to my duties at Heritage."

A lifelong numismatist – he found a 1770 Russian 5 Kopek, when he was just five himself, and the journey began – he parlayed his hobby into a full time business when he was in his mid-30s, starting his own business in Broken Arrow, OK in 1993.

In 1997 he went to work with Carter Numismatics and worked his way up to Vice President. From there, in 2000, he joined David Lawrence Rare Coins and worked for nine years, serving as Vice President for most of his tenure. The result is that Win is equally well known in both wholesale and retail numismatic circles.

"Needless to say, we’re thrilled to have a numismatist of Win’s caliber and reputation on staff at Heritage," said Greg Rohan, President of Heritage Auction Galleries. "He brings another level of depth to a rare coins staff that is already they very best in the business. We look forward to having Win here for the foreseeable future."

"Heritage is the perfect place for me to put my experience to its optimal use," said Win. "Whether it’s about buying or selling, I’m looking forward to working with Heritage customers and meeting their numismatic needs."

Congratulations Win! He was very helpful to me when at D. Lawrence –

Congratulations Win! I know you will do great at Heritage.
When you were @ DLRC I could always count on personal service. Take care my friend.

Great to hear you have moved to Heritage Win. I know DLRC will miss you as well as your friends here in Virginia Beach. When in Dallas I will be sure to look you up!