A veteran precious metals expert, Barry Stuppler of Woodland Hills, California, President of the American Numismatic Association, cautions there are many false and misleading statements repeatedly made about gold as part of a diversified portfolio. He believes we’ll see hyperinflation and gold at $2,011 an ounce by the end of 2011. 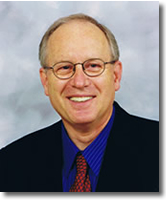 Woodland Hills, CA — False and misleading statements about gold as part of a diversified portfolio are frequently repeated in the news media, according to Barry Stuppler, president of the non-profit, 32,000-member American Numismatic Association.

“Some of the hackneyed arguments against gold come from financial analysts who work for brokerage houses that have a vested interest in steering money toward equities they sell and away from physical gold ownership. Some news organizations are giving out the same incorrect or misleading comments,” said Stuppler, who is also president of Barry Stuppler & Company, Inc. of Woodland Hills, California, a rare coin and precious metals dealership.

Here are frequently encountered arguments against investing in gold and Stuppler’s responses based on his over 30 years of professional experience in the gold and silver markets.

Argument: Since 1975, when Americans again were legally allowed to own such things as gold bullion coins, the Dow Jones Industrial Average has generated a greater return on investment than gold.

Response: “This is an apples-to-oranges comparison. The composition of a one-ounce gold coin doesn’t change; it remains one ounce of gold. But the composition of the Dow has changed 24 times since 1975, with 24 out of 30 companies having declined in profitability or gone out of business, being replaced by other publicly traded firms. The price of gold has increased over 500 percent since 1975. Any comparison to the frequently re-juggled components of the Dow is invalid.

Argument: Gold is a risky investment.

Response: “And the stock market isn’t risky? Recent activity in the stock market has given a totally new meaning to the word ‘risk.’ The price of gold may go up or down, but gold bullion coins are not subject to defaults, liquidity problems or the kinds of risks we’ve seen recently in the equities and real estate markets.”

Response: “Neither do many stocks. Owning physical gold has proven to be a long-term way to preserve wealth and avoid the kinds of risks associated with even dividend-paying investments. Gold’s dividend is the role it plays as portfolio insurance and balance. The absence of a dividend is more than made up by its outstanding relative performance over the last ten years.”

Argument: Gold is not a good hedge against inflation.

Response: “Comparisons of gold versus inflation usually peg gold at its intra-day high back in 1980. If you track gold versus inflation since 1975, when Americans were permitted to legally own gold bullion coins again, the ratio is much better. And, if you still insist on using 1980 or almost any year as a starting point, then compare the purchasing power of the U.S. dollar since then. It’s lost about three-fourths in the last quarter-century while gold has maintained its purchasing power. In 1932, you could purchase a man’s suit for a $20 bill or a $20 gold coin. Today, a $20 bill will barely pay for alternations, but a $20 gold coin is worth over $1,000 and will still purchase a nice suit.”

Response: “Better for whom? For sure, better for the brokerages that trade in ETFs and individual stocks. An ETF is still a paper asset and Wall Street’s credibility isn’t at its highest point. Advice from many ‘experts’ has been absolutely wrong lately. Some analysts touting ETFs and/or gold stocks work for brokerages that buy and sell equities, so there is at least the appearance of conflict of interest in their advice to purchase only gold stocks rather than gold coins. Remember, the gold stock index (XAU) was down 28.54 percent last year while the gold price was up 5.22 percent. The reason many people buy gold coins is to actually own and hold a 1,000-year old proven way to preserve wealth. Investors buy gold coins because they don’t want to put all their investments into paper assets that can be devalued by government action. The popular gold bullion coins offer excellent liquidity worldwide.”

Argument: The best way to purchase gold is from the United States Mint.

Response: “The U.S. Mint halted sales of American Eagle gold bullion coins last November claiming they don’t have enough gold blanks to produce them. So, you can only purchase gold American Eagle bullion coins from other sources, such as reputable dealers who acquired them earlier from the Mint’s distribution network, bought them in the secondary dealer market or from the public. Other popular gold bullion coins are the .999 fine Canadian Maple Leaf and uncirculated $20 denomination (“Double Eagle”) Saint-Gaudens design gold coins which have already increased in value 15 percent this year.”

Response: “Major dealers, like me, charge only two percent over cost on sales of ten ounces or more of bullion gold coins. The comparatively inexpensive fees for a bank safe deposit box can be itemized as an investment cost on your tax return.”

Argument: Some Wall Street analysts claim $1,000 an ounce is too high for gold.

Response: “Another Wall Street prediction? We’ve sure seen how absolutely wrong some Wall Street analysts and forecasters have been on many things recently. We’ve also heard over the years from so-called ‘experts’ that gold was too high at $600, $700 and so on. With well over 10 trillion dollars worth of U.S. dollars, yen and euros being printed or created with a few keystrokes in the form of credits to governments, banks and corporations, and with world government bailouts and stimulus packages, the value of global paper money is likely to be devalued against gold. We will see hyperinflation soon, and I believe gold will be $2,011 by the end of 2011.” (For additional information, see www.Stuppler.com/2011.)