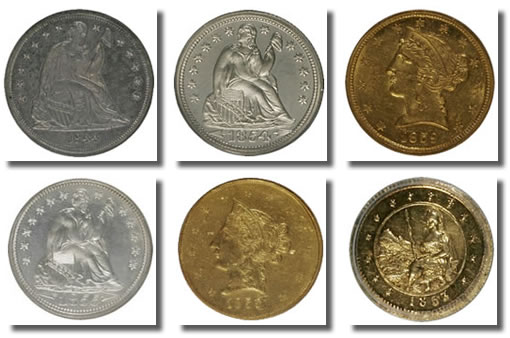 “Our Weekly Internet Auction closing the following Sunday also included many coins realizing more than $10,000, including:

“While these two Weekly Internet Auctions realized nearly $1.1 million,” concluded Rohan, “it is important to reminder that these auctions contain coins of all values.

In fact, we had recently successfully concluded an experiment whereby there are no reserves on coins valued under $100 in our Weekly Internet Auctions. Our bidders were so successful and our consignors so happy that we are extending that policy until further notice.”

Heritage Auction Galleries is the world’s third largest auction house, and by far the largest auctioneer of rare collectibles, with annual sales over $600 million, and 375,000+ registered online bidder members. For more information about Heritage’s auctions, and to join and gain access to a complete record of prices realized, along with full-color, enlargeable photos of each lot, please visit www.HA.com.