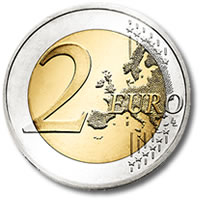 The number of counterfeit euro coins increased in 2007 by 29% over 2006. The European Commission reported 211,000 counterfeit coins were pulled from circulation by authorities compared to 163,800 in 2006.

The coin counterfeited the most was the 2-euro, which accounted for over 85% of the total.

Overall, approximately 585,000 counterfeit coins have been take out of circulation since the use of euro coins began back in 2002. Although the numbers would seem to appear alarming, the European Commission points out several positive factors:

For more information, you may wish to read the embedded news content from Newstex:

For Beginners, Don’t mess with Euros! It is much harder to counterfeit or replica Euro Coins or Notes than U.S. Dollar Coins and Dollar Bills. My advise for beginners is to stick with U.S. Dollar for Counterfeiting.