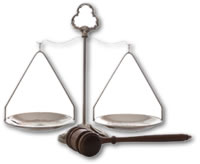 In a sad twist of irony, newer import policy has stopped or severely restricted a number of ancient coins from entering the U.S., but at the same time lead-coated toys and dog-killing food entered too easily.

No one questions that the latter should never happen again. And certainly, safeguards should be implemented to help prevent looting in archaeological sites and the selling of stolen property into other countries.

But still and always, policy needs to be clearly stated, documented and balanced to allow and enable legitimate international exchange.

So, why are certain artifacts that were freely and legally traded yesterday now restricted for import? How far will policy and restrictions continue to go? Who or what is controlling the guidelines? What’s next?

Many coin collectors and other cultural artifact collectors want to know.

The Ancient Coin Collectors Guild (ACCG) is a nonprofit organization that dedicates itself to promoting free and independent collecting of coins from antiquity. Yesterday, November 15, they announced the filing of a lawsuit against the U.S. State Department.

The following release provided to CoinNews.net by ACCG sums the situation, as they and many others see it. It’s shown in its entirety and unedited:

According to Wayne G. Sayles, executive director of the guild, this action became unavoidable due to persistent refusal of the Bureau of Educational and Cultural Affairs (ECA) to provide the guild and others with information relating to requests for import restrictions.

The DOS recently imposed unprecedented import restrictions on ancient coins from Cyprus, requiring importers of even a single common coin of Cypriot type to provide unfair, unworkable and unnecessary documentation.

The ACCG seeks information relating to requests from Cyprus, China and Italy. In each case, apparent irregularities in the way these requests were handled led to significant concerns.  Members of the U.S. Senate and House of Representatives also requested similar information on behalf of the ACCG and others.  “None of these avenues produced responsive replies,” said Peter K. Tompa, ACCG president.  “The reason for this lawsuit is that the DOS has refused to provide meaningful information.  We seek transparency and fairness of the process by which decisions affecting the American people are made.”

The imposition of import restrictions is a remedy made available to DOS by the Convention on Cultural Property Implementation Act (CPIA) enacted in 1983.  This law, while providing emergency protection for endangered cultural property, includes detailed and comprehensive safeguards to limit overreaching implementation of the 1970 UNESCO accord.

The fair and equitable application of this law is viewed by the coin collector community and associated trade as essential to achieving any measure of protection on a broad and continuing scale.  The ACCG (http://accg.us ) argues that fairness and equity can only be satisfied by a system that is transparent and subject to oversight.  They hope that this lawsuit will help encourage the State Department to revamp its procedures to ensure the fundamental fairness to all that the law demands.

To obtain information about membership in the ACCG or to make a donation to the ACCG legal effort, go to http://accg.us (Paypal link at bottom of home page) or contact ACCG executive director Wayne G. Sayles by telephone at 417-679-2142 or by email at director@accg.us .
Source: Ancient Coin Collectors Guild

Coins and Medals are nontoxic! remember this safe product should can enter or exported! This law is no-brainer! This adminstration is bunch of idiots!