Palladium declined sharply on Friday while gold, silver and platinum rose modestly. Only gold marked a weekly gain — a fifth straight, and it also scored another nine-month high.

Rising for a second consecutive session, gold for February delivery climbed $4.30, or 0.2%, to finish at $1,928.20 an ounce on the Comex division of the New York Mercantile Exchange. The settlement was gold’s highest since it ended at $1,934.30 an ounce on April 22.

Gold prices for the week edged up 0.3%. The precious metal is 5.6% higher on the year to date.

"This week, 18 Wall Street analysts participated in the Kitco News Gold Survey. Among the participants, eight analysts, or 44%, were bullish on gold in the near term. At the same time, four analysts, or 22%, were bearish for next week and six analysts, or 33%, saw prices trading sideways.

The two are lower on the year so far with losses of 3.2% for platinum and 4.2% for palladium.

The gap between former number one precious metal palladium and previously number two precious metal gold has now reached $276 in favor of the latter. Things change.

It might be a good time now to buy gold before its price becomes totally prohibitive. 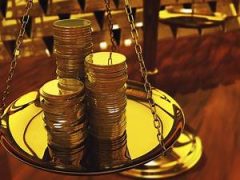 There we go; another example of how one’s vision can get so blindered that whatever is going on outside that relatively narrow, restrictive band falls off the radar. Thanks, Antonio, for the reality check; always appreciated!

I’ll continue to buy silver though it’s down. Gold and Palladium are a bit too rich for me, and you as well. We need groceries and gasoline more than precious metals.

Saying gold and palladium are a bit pricey is a colossal understatement; they’re completely out of my reach, Antonio.