"We are seeing a follow-through in gold prices on yesterday’s CPI data, a weaker dollar and the likelihood that the Fed is going to do a half-point rate hike versus the 75-basis point hike," Reuters quoted Bob Haberkorn, senior market strategist at RJO Futures.

The U.S. Labor Department reported Thursday that consumer prices rose 0.4% for a second strategist month in October, resulting in year-over-year inflation of 7.7%.

Gold prices shot up 5.5% this week after gaining 1.9% last week. They are 3.2% lower on the year to date. In looking ahead to next week, Kitco News offers the following forecasts via their Wall Street & Main Street surveys:

Both metals are now higher on the year so far with increases of 7.4% for platinum and 6% for palladium.

Published United States Mint bullion sales have been unchanged for the month so far. Below is a sales breakdown of U.S. Mint bullion products with columns listing the number of coins sold during varying periods.

I’ve got gold in my hand right now, I don’t feel it get heavier or lighter. Must a be concept.

Perhaps that has to do with your physical aptitude compensatorily increasing or weakening as the value of your precious metal changes for the better or the worse.

I believe the technical explanation for that is a quantum metallic singularity. 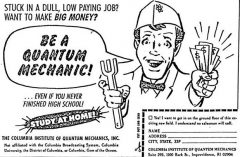