Precious metals fell sharply on Tuesday, registering drops that ranged from 1.3% for gold to 7.2% for palladium. Losses in silver, platinum and palladium were their first in several sessions.

Gold for December delivery declined $23.20 to settle at $1,717.40 an ounce on the Comex division of the New York Mercantile Exchange.

The U.S. Labor Department reported Tuesday that consumer prices rose 0.1% in August after being unchanged in July, resulting in year-over-year inflation of 8.3% from 8.5%. Market expectations had been for a 0.1% monthly decline and an annual rate of around 8% to 8.1%. Further, core inflation, which strips food and energy, advanced 0.6% for the month from 0.3% and it increased 6.3% from a year ago against 5.9% previously.

In other precious metals futures on Tuesday:

Published United States Mint bullion sales were unchanged on Tuesday. Below is a sales breakdown of U.S. Mint bullion products with columns listing the number of coins sold during varying periods.

After the euphoria yesterday, the hangover today.

Good for the average consumer, mixed for the coin collector (cheaper/less valuable).

Did I ever get that wrong. US consumers are screwed, collectors among them. 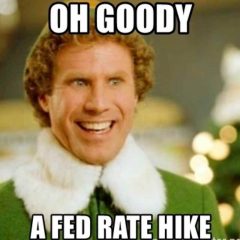