Gold declined from a more than one-week high on Thursday while silver, platinum and palladium extended their gains.

Gold was "pressured by comments from Federal Reserve Chairman Jerome Powell that again leaned hawkish on U.S. monetary policy. Powell’s comments boosted the U.S. dollar index and U.S. Treasury yields, both of which had been weaker ahead of his speech. The yellow metal had seen higher prices overnight, but lost those gains to trade near steady when upbeat U.S. jobless claims data were released, and then sold off when Powell made his remarks," Jim Wyckoff, a senior analyst at Kitco Inc, said in a daily research note.

*Also on Thursday, the U.S. Mint adjusted August sales with American Gold Eagle increases for the:

On Tuesday, the Mint adjusted the August total for the American Gold Buffalo, lifting its sales to 22,500 coins from 17,500 coins.

Antonio & Rich,
Time will tell us but a good sign, maybe, is spot is above what the Dec future price is. Might depend on what “is” “is” though.

I’m still perplexed how it’s possible that with the inflation rate so high and the stock market weakening steadily silver could drop $7 per ounce in value.

I neglected to factor in the (to me) inexplicable rise of the dollar.

Sir Kaiser, the anomalous behavior of silver (and gold) in the face of extreme rising inflation (a 40 year high) is mostly due to the strong rising dollar (a 20 year high) and the huge speculative silver futures selling on the Comex. The dollar’s strength is a result of the very weak Euro, British Pound and Japanese Yen. The current Comex silver futures positioning and the dollar’s strength will eventually reverse. For silver, the opposite of what happened in 2010-2011 has occurred this year. In August 2010, silver was $18 an ounce, by the beginning of April 2011 (roughly 8… Read more »

Good Sir Rich, It appears that, just as you foresaw, the upending of the more traditional inflation versus precious metals inverse relationship model should imminently be coming to a close as a result of the currently evidenced beginning of the dollar’s retreat from its peak strength. As inflation still continues to grow, silver and its precious metal cousins should begin to regain a more prominent market position. I suppose it is only fitting that as our groceries become ever more costly our coin collections concurrently increase in value. Whether this is a consolation prize or a perfectly normal balancing of… Read more » 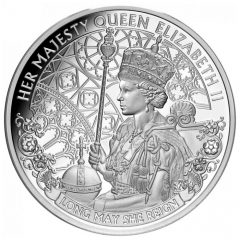 Niue is to coins now what San Marino was to stamps in the 20th century.

The final year of coins with the Queen’s image on them should now be a hot item.

I think, Major D, that any coin with the Queen’s image and dated 2022 from one’s own or the closest British Commonwealth country would do just fine.

The Mint could grant the late Queen “Honorary U.S. Citizen” status and give her a place on an American Women Quarter. A hot item, maybe?

I’m sorry, Major D, I realize now that I didn’t give even the slightest indication I was just joking in that regard; my bad.

I do, however, genuinely like your idea for a combo USA-British multi-coin tribute set; that’s a truly excellent suggestion! 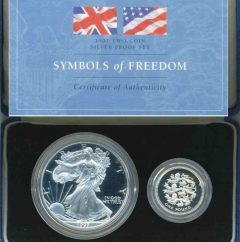 As should the first one with the new King.

Exactly, Jeff, and it’s not difficult to envision what a historic collection a pairing of Queen Elizabeth’s last year with King Charles’ first year would be.