"Gold and silver prices are modestly up in midday U.S. trading Wednesday, in the wake of a U.S. inflation report that came in not as hot as the marketplace expected," Jim Wyckoff, a senior analyst at Kitco Inc, said in a daily research note.

The Labor Department reported Wednesday that consumer prices were unchanged in July after rising 1.3% in June, resulting in year-over-year inflation of 8.5% from 9.1%. Gold initially registered stronger gains following the inflation news, but then gave much of them back.

"After having a bit of time to think about today’s CPI data, traders and investors reckoned that while the data was a bit tamer, it still suggests problematic price inflation that will probably keep the Federal Reserve on its aggressive path of tightening U.S. monetary policy," Wyckoff added.

Published United States Mint bullion sales were unchanged for a second day in a row on Wednesday after showing gains on Monday for the first time this month.

Gold is hanging on. Silver is up as well.

True that, Antonio. Also, platinum is holding steady and palladium is peaking again.

Yes, but is it gold…or fool’s gold?

The par excellence one.

Oh, have we been tap tap tapping for samples along the glittery path?

Lions, and tigers, and bears, oh my! 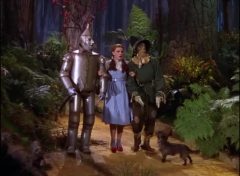 I occasionally watch nature documentaries, and I’ve recently learned to my surprise that tigers are almost twice the size of lions, while the largest bears are twice the size of tigers. Unfortunately, I don’t know how the abominable snowman compares.

You are on a roll, today. I am still laughing!

Jeff, would that be a Kaiser Roll?

You didn’t make me laugh, but it was a still a good one. You did make me groan!

Are you confused yet whether to laugh, cry, groan or moan?

Have you ever been on a hillside to see a Kaiser roll?

Now I know we got an even bigger groan out of Jeff Legan.

Then my work for today is done. 🙂