Gold and silver prices declined on Wednesday while platinum and palladium advanced. Palladium’s gain was its seventh in a row. The metal also notched its highest settlement since early September.

"Bulls still have the overall near-term technical advantage. Prices are in a six-week-old uptrend on the daily bar chart. Bulls’ next upside price objective is to produce a close above solid resistance at the November high of $1,881.90. Bears’ next near-term downside price objective is pushing futures prices below solid technical support at $1,800.00,” Jim Wyckoff, a senior analyst at Kitco Inc, said in a daily research note.

"Geopolitical drama with Russia is causing real concern as to the future supply of palladium," MarketWatch quoted Chris Blasi, president of Neptune Global.

"An all-out conflict with Russia would exasperate an already critical supply issue in the palladium space," and would likely drive palladium "well north of $4,000 per ounce," he said.

Published United States Mint bullion sales were unchanged Wednesday. Below is a sales breakdown of U.S. Mint bullion products with columns listing the number of coins sold during varying periods.

Stop the insanity!!! lolz I think I paid “MAXIMUM wage” for my 2021 Pd (then they dropped – ha), so hope I can afford one this year. yikes. As it is, I still have to prep my bank acct for the massive HIT. I thought I read somewhere they source Pd from Russia? Maybe the world events are leading to some fluctuation? … And Kaiser, on our annual Myrtle Beach golf trip, “whatabout” (one word) is my moniker. I’ve been getting it personalized on my golf balls lately. (but I still havent seen that flick all the way thru. …… Read more »

It’s all about Ronald Reagan – The 1980’s and the fraud called the “Cold War” oh and this weird homosexual named Roger Stone whom has controlled American Politics and the price of your Metals since the 1980’s and history is currently repeating itself. 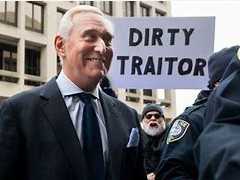 Yeah, SENZA. He sure is a Tricky Dick fan. 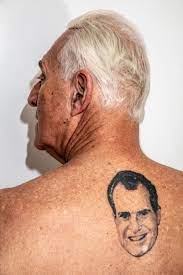 Hey guys have I ever shown you my: Native American $1 Coin & Currency Set 2019 US MINT ERROR SET?
The first item of interest is the error itself ( improperly loaded $1 note) the next issue is that it made it out of the US Mint building and into our hands. 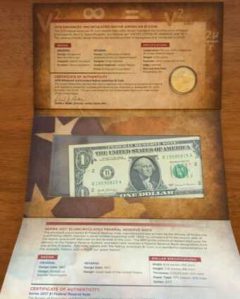