Although the price of gold fluctuated during 2021, the public’s demand for gold bullion coins such as the popular American Eagle series soared during the past year, according to Michael Fuljenz, president of Universal Coin & Bullion (www.UniversalCoin.com) in Beaumont, Texas. Known as America’s Gold Expert®, Fuljenz is the 2021 American Numismatic Association Dealer of the Year.

"For the first 11 months of the year, the United States Mint sold over 1.2 million ounces of Gold American Eagles, up 51 percent from the 794,500 ounces sold in the same period in 2020. This is on track for the best year since 1999. We’ve had significantly increased interest in gold as well as silver bullion coins from current, former, and many new customers," explained Fuljenz.

"With rising federal spending and deficits, plus rising inflation and global uncertainty, I predict that gold prices will return to over $2,000 in the year 2022, and silver could go to $27 per ounce. The market for high-quality U.S. rare coins was extraordinary during 2021 and it can rise even more," he added.

"The recent volatility in the Dow and Russell 2000 indexes are a reminder that gold is the only proven stable form of money for over 3,000 years," he stated.

Fuljenz, who has taught counterfeit detection classes for the American Numismatic Association, warns potential buyers of bullion and rare coins to be wary of the many fraudulent advertisements appearing on social media sites.

"Some of these platforms repeatedly accept ads for counterfeit coins which are typically made in China. If you see an ad offering gold or silver bullion items at below their actual precious metal content’s value, ask yourself why would someone offer you an item for far less than they could receive selling it to a reputable dealer? Be cautious," emphasized Fuljenz who received an Honorary Doctorate in Humane Letters from McNeese State University in 2015.

Universal Coin & Bullion President Michael Fuljenz has won dozens of prestigious national and regional awards and honors for his consumer education and protection work in rare coins and precious metals.

A respected community leader in his hometown of Beaumont, Texas, Mike also has served with distinction as a consultant to the Federal Trade Commission, Attorney General of Texas, United States Mint, and Royal Canadian Mint. He is on the Boards of Directors of the influential National Coin & Bullion Association, Crime Stoppers of Southeast Texas, and is a member of the Professional Numismatists Guild’s Accredited Precious Metals Dealer program.

Acquire gold coins or pay my condo fees/taxes and buy food? Now I don’t know what to do.

This read more like an advertisement for Michael Fuljenz and Universal Coin & Bullion.

Very true. He sure knows how to get free publicity!

Howdy Seth, I was almost certainly expecting you to chime in here, being your near proximity in Austin “NumisdudeTX” Texas. Hint on the PR: I guess it is no coincidence since San Antonio is downright close to Beaumont. 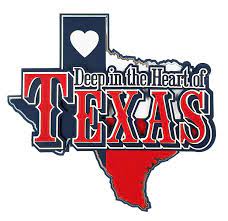 Texas, the “Second State”, as in second in size and second in population.

It may even overtake California people-wise some day, but it’s forever stuck size-wise behind Alaska.

You know what they say; never look a gift horse in the mouth. Or, if you prefer the wisdom of a baseball catcher, when you come to a fork in the road, take it.

Not to mention, Rich, that by selling people on the idea that gold is far superior to the fiat currency that the current inflationary spiral is doing such a job on, the only Americans who will be able to insulate themselves from this calamity via sufficiently large precious metal purchases will be the usual suspects, which is to say the top 1%.

Believe the rare coin market is zooming past bullion

While the rare coin market is hotter than ever now, it doesn’t even come anywhere close to matching bullion coins in sales dollar totals.

Take a look at the sales figures posted in the most recent bullion sales report. Multiply the number of bullion coins sold times their individual prices and you arrive at a total sales value countless multiples of all the rare coins sold put together.

Compare the value of a pre 1933 gold rare coins to the value of modern bullion, not the volume of sales.
Rarity and condition vs. gold content