Precious metals logged solid to exceptional gains on Friday, lifting gold and palladium to weekly wins and adding more to platinum’s already strong increases from earlier in the week.

"Gold has been caught in the crossfire," wrote Victor Argonov, senior analyst at Exante, in a Friday note reported by MarketWatch. "Although the current central bank policy measures should be supporting prices, the relative strength of the dollar is applying headwinds for gold, while the rallying stock markets means haven demand for precious metal is also not as strong as last year."

Gold futures traded 0.9% higher this week after sliding 3% last week. They are 6.2% lower on the year to date. In looking ahead to next week, Kitco News offers the following forecasts via their Wall Street & Main Street surveys:

"This week 15 Wall Street analysts participated in Kitco News’ gold survey. Among the participants, 8, or 62%, called for gold prices to rise next week; meanwhile, three analysts, or 23%, expect to see lower prices, and two analysts, or 15%, were neutral on gold in the near term.

In PGM futures on Friday and for the week

The two are dived on the year so far with platinum 4.9% lower and palladium 8.3% higher.

United States Mint bullion sales this week compared to last week are significantly higher for both gold and silver coins. In week-over-week comparisons:

One would think with car sales in decline Palladium should be as well, since 85% of the element is used in catalytic converters. I honestly give up trying to make sense out of most things in todays society. Thank God it’s almost time for football!

Platinum is the preferred catalyst. Auto sales are increasing at a steady pace. Scarcity of advanced chips is the current limiting factor industry wide, although some manufactures are limited by production capacity constraints. Vehicles are sold before they are even built. Bottom line: Vehicle sales are NOT in decline, with the exception of conventional sedans — Ford, for one, has stopped building sedans — no one wants them except the most, um, mature buyers…everyone else lusts for big, fat SUVs or rough and tugged pickups because they’re so efficient at burning up fuel and injecting carbon, sulfer and other noxious… Read more »

Imported vehicles were down over 13% last year, Domestic vehicle sales were down almost 9%. 85% of Palladium is used in catalytic converters, I didn’t state it was the preferred metal to use! I also stated that sales were in decline, not demand for the product. Hell, that’s part of the reason why we can’t get our Morgans and Peace dollars till October/November. Staff and shifts are in decline.

Comrade Kaiser Flintstone,
Where do I begin? Remember how Peggy in “Peggy Sue Got Married,” reacted when her dad drove home in a new Edsel…? Yaris, for whose launch I wrote a compelling, creative and ultimately rejected ride, drive and
warehouse rave event (too expensive), is/was the Edsel of its time, just without the horse-collar grille (really the only simile — among many– I can use in polite company) and push-button transmission. Did they try to sell you “accessories” from their required showcase? 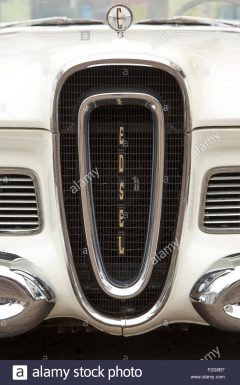 Can I be Barney to your Fred? I always had a thing for Betty (nee O’Shale) Rubble and her ragged mini dresses. Yabba-dabba-do! I’d put Bam-bam up for adoption-adoption. By the way, ask me about foundling Swee’Pea’s paternity some time. I have special knowledge acquired from my home multiverse, but protected information by virtue of HIPPA regulations

Just joshin’ comrade. Yaris was a fine enough car. I’m just always a bit bitter when I don’t win a pitch, especially when part of “too expensive” is my client’s mark-up of my rate. Also, it was very weird for them to intro Yaris and the quite similar Scion (lost that pitch too) at the same time. Think Coke coming out with Orange Crush and Orange Nehi at once. Any idea where that Taunus image was shot? Auto World in Brussels? FYI, that service department “tour” is de rigueur in the business. I could explain why, but you wouldn’t believe… Read more » 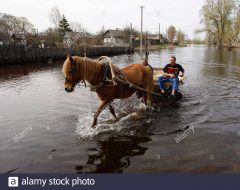 How did you know I follow the Steelers? They don’t have ‘the Bus’ anymore, but I’m looking forward to seeing what N. Harris can do. Man it sure looks like the Delta variant is causing chaos once again. Stores and shops are all mandated to have people wear masks again. I’ll be surprised if we see half full stadiums this year. I hate being pessimistic, but I don’t think we are going to get back to normal for some time. I hope I’m wrong about that!