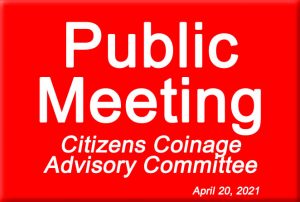 Authorized under the Circulating Collectible Coin Redesign Act of 2020, Public Law No: 116-330, the upcoming U.S. Mint series of quarters will feature women who shaped American history.

Quarter obverses (heads side) will maintain a common likeness of George Washington but carry an overall design that will distinguish it from previous quarter programs.

The 20 American Women quarters will be issued at a rate of up to 5 designs per year over the four-year period.

Each quarter reverse (tails side) will feature a design that is emblematic of the accomplishments and contributions of one prominent woman of the United States.

"The contributions may come from a wide spectrum of accomplishments and fields, including but not limited to suffrage, civil rights, abolition, government, humanities, science, space, and arts," the U.S. Mint announced in seeking ideas for the quarters.

All of the women honored must be deceased.

Kaiser, thanks much. I’ve corrected the article to show four hours instead of the five it had.

Wait, for real? I thought we were done with circulating commemoratives for our lifetimes? I was really looking forward to a return to normalcy after 22 years of ever-changing designs (half the coin anyway because God forbid we eject any one of our dead Presidents line-up). I’m tired of all these questionable programs. Pick something and stick with it for 25+ years already!

I mean, honestly it’s pretty stupid to not put the woman being honored on the obverse of the coin and that something relevant to her reason for being on the coin to begin with on the reverse. I guess they’re all Washington’s mistresses now? I love how nobody in Congress thinks through their decisions before forcing the Mint to execute them I also find it funny because it’s not like Washington isn’t also on the dollar and that there aren’t over 100 billion Washington quarters currently in existence. Like, they’re not going away if you boot him for a couple… Read more »

Did notice the Mint took off all Reverse Proof Innovation Dollars of their 2021 Product Schedule that had a date “TBD” no explanation given which is the norm for the mint. Wonder if they are going to stop making them or thinking of design changes. Or also possible is they may be striking them in 2022, because the San Francisco mint is going to be busy in 2021 ??????