Banknotes or Currency Articles $20.8 Billion in US Banknotes Printed in June, Most in 1-3/4 Years 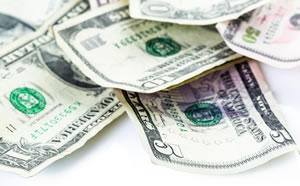 More banknotes were produced in June than the month and year earlier, data from the agency responsible for making U.S. currency shows, and their combined value was the highest in 1-3/4 years.

Over 576.2 million in $1s, $5s, $10s, $20s and $100s were printed in June for a total of more than $20.8 billion — the highest amount since September 2013, according to a monthly Bureau of Engraving and Printing (BEP) production report that was published last Wednesday, Aug 19. These levels compare to prior-month totals of 538 million notes worth over $19.9 billion.

In month-over-month percentage comparisons, June saw 7.1% more banknotes and their combined value advanced 4.4%. In other monthly differences, there was:

The number of $10s matched those from May. The BEP has not produced $50s for six straight months and presses for $2s have been silent for five months in a row. In January, $2s were made for the first time since June 2014.

Below are images of the BEP’s latest monthly production report. They show the type of banknotes manufactured in June at each of the agency’s printing facility:

In June, the BEP produced 6.65 million in star notes. These are indicated by the "*" designator in the money production charts directly above. Star notes are replacements for misprinted notes or certain serial numbers, like 000 000 000. Money collectors find them more desirable since they are rarer and more difficult to find.

This reports only 1/2 of a story. The other half should be whether the same amount of notes were removed from circulation. If not, the “replacement” is only adding to inflation and who needs that except politicians to spend on their pet projects that buy more votes.

I wonder who or what political entity authorizes the amount of notes in circulation.

Demand is tracked by the Federal Reserve through the 12 Fed districts and the banks they supply with cash. And because “money” is _far_ more than banknotes (e.g. credit, electronic payments, etc., etc.) just maintaining a constant value of circulating notes can’t in and of itself stabilize the money supply. Among other things an increase in banknotes can indicate that more people are buying things, and/or that buying patterns have changed. Because bills tend to be used for smaller purchases it could indicate that consumers are more willing to make ad hoc or even spur of the moment decisions to… Read more »

It is not that complicated, print more money, devalue its value in the uSA, it may be strong overseas but inflation here is strong, eggs up 150% in a year, beef 100% in 6 months, gas $4 a gall (Cali!) tc., all these notes are used to payooff Iranian, Iraqis, & Illegal alien newcomers to the USA, making the $ less valuable in the long run. When it all come shome to roost, watch out……spending more, ha ha….Munzen they print it because they can out of thin air, what does that do?????/

The amount of physical cash in circulation is less than a tenth of the total money supply. Yes, cranking out more bills does have an effect but it’s by no means at all the largest factor. Most spending is via credit, so if you want to put brakes on the economy you have to control things like interest rates and how much people can borrow. E.g. the mess we got into 2008-2009 wasn’t due to too many banknotes in circulation; a good chunk of it was due to lax credit policies that encouraged both businesses and individuals to get in… Read more »