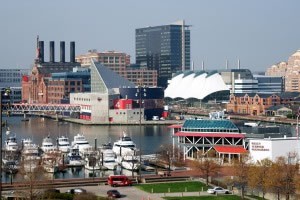 New coins and currency products are available at the Spring Whitman Coin and Collectibles Expo in Baltimore, the United States Mint and Bureau of Engraving and Printing (BEP) jointly announced.

Held at the Baltimore Convention Center in Baltimore, Maryland and promoted as the largest in history, the show began on Thursday, March 26, and lasts until Sunday, March 29.

The U.S. Mint and BEP are sharing booths #1409 and #1415. Anyone stopping by can buy coin and currency products and walk away with them in hand. Highlighted U.S. Mint products include but are not limited to:

On exhibit from the Mint are upcoming products to include the 2015 March of Dimes Special Set and the 2015-W American Gold Buffalo Proof Coin.

The BEP is displaying its Billion Dollar Exhibit. It shows more than $1 billion worth of rare currency, including sheets of $100,000 currency notes, Treasury Bonds, and Gold and Silver Certificates.

Additional BEP exhibits include a multi-note display "Standardization and Change," a $100 display "The Changing Look of America’s $100 Notes," and an exhibit featuring the 1896 Educational Series currency notes.

The Whitman Expo includes over 1,400 registered dealers in more than 400 booths, covering all aspects of coin, currency, medal and token collecting. Whitman Expo promoted highlights include:

The Spring Whitman Coin and Collectibles Expo hours are Friday-Saturday: 10am-6pm; Sunday: 10am-3pm. Enter Halls F and G through the Otterbein Lobby. For more information, visit expo.whitman.com. Admission is free to the public.

Sorry to see the yearly Whitman show has left Phila and the mother mint.